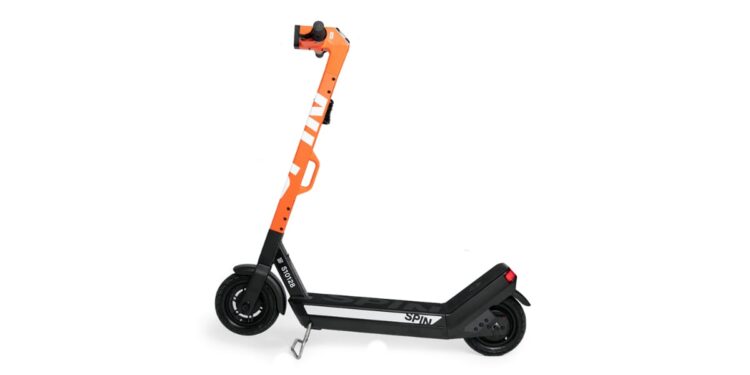 Vehicle manufacturer Ford’s subsidiary Spin focuses on electric scooters. The company already has a number of e-scooters in its portfolio and now, Spin has launched its new e-scooter S-100T in the market. Visually, it comes equipped with a similar design style to other e-scooters from the company, but it is different in terms of specifications, power and range. The S-100T electric scooter is completely developed by Spin.

Spin CEO Ben Bear launches its latest e-Scooter S-100T Declaration took to Twitter for Ben explained that it was completely developed by the company and it took the Spin team over a year to design it. He also says that this scooter has been made keeping in mind the strength and safety. The S-100T electric scooter will be first made available in the US city of Sacramento this month, after which it will be mass-produced by 2022.

Ben has claimed in his tweet that the S-100T will come with a lifespan of more than two years, which is twice that of its previous model. Such e-scooters tend to see degradation in performance over time and their short life is the biggest challenge for the manufacturers right now. Spin claims that due to the S-100T’s swappable battery and its robust design, this scooter will last longer than other companies’ electric scooters (e-scooters).

Let’s talk about power, battery and features. The battery pack of the S-100T can deliver a range of around 60 kms on a single charge. The Spin S-100T gets a powerful 500W motor, but at the moment the company has not given information about its top-speed. The new electric scooter comes equipped with an IPX7 waterproof design and gets real-time sensor monitoring. It also gets instant geofence detection feature, through which navigation in cities becomes easy. The scooter comes with 360 degree status headlight for smooth riding in the dark. It gets three independent brakes, which is good in terms of safety.<!–