First launch event of Nothing to be held on 23rd March, will introduce new products in 2022 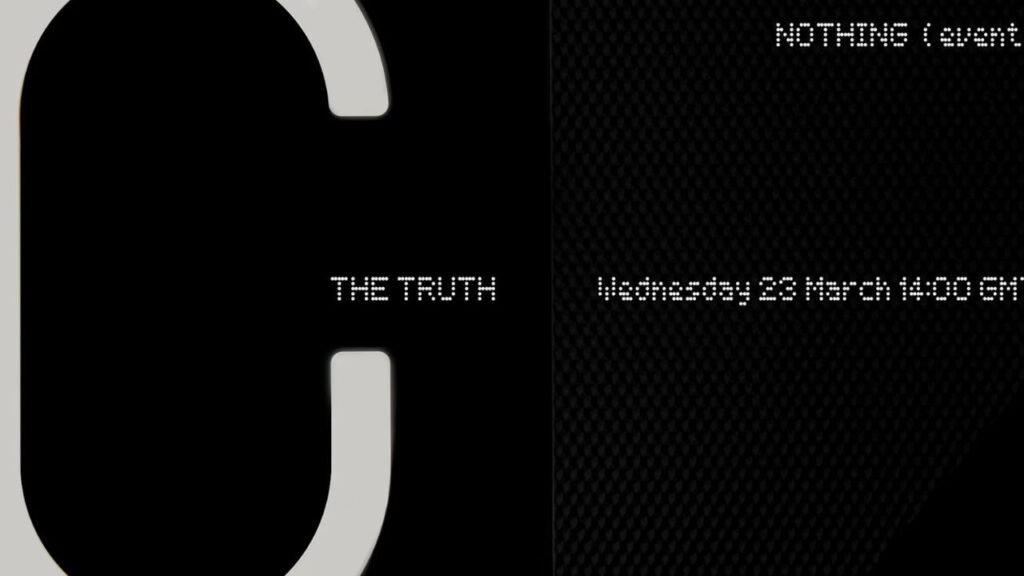 It is being speculated that the company can present a new phone at the event. While Pie has not yet given any hint on whether the company will use its Snapdragon platform for its product.

Nothing will host its first event in 2022.

tech company nothing (Nothing) Will host its first event in 2022. According to the information given by the company, the event will take place on 23 March. The company has also recently shared a teaser of the event. However, it has not been revealed which products the company will launch at the event. Company co-founder Carl Pei (Carl Pei) announced the date of the event through its official Twitter handle, saying that ‘The Truth’ about the upcoming launch will be revealed soon. The company will share its roadmap and product plan for 2022 at the event.

“There has been a lot of speculation, and it’s time to finally tell you the truth about what we’re making at Nothing at our upcoming event on March 23,” Pei said on Twitter. The announcement came just days after a photo of Pei surfaced online where he is seen showing off a prototype of the upcoming Nothing phone to Qualcomm CEO Cristiano Amon.

Nothing can launch its first smartphone

Amidst all this, it is being speculated for several days that the company can present a new phone at the event. While Pie hasn’t yet hinted at all the categories the company will target, it has confirmed that it has partnered with Qualcomm and will use its Snapdragon platform for its products. This suggests that a Snapdragon-powered Android smartphone could be unveiled soon.

Possible Features of Nothing Smartphone

As of now, not much is known about the specifications of the device, except that it could pack a Snapdragon chip. According to the information, the device may have transparent elements similar to the company’s first year (1) wireless earbuds. The leaked images of the device suggested that it may feature a slim profile and will be available in Black colour.

Currently, the company has only one product so far that is the TWS wireless earphones. The Nothing Year 1 is priced at Rs 5,999 in India, and it is one of the better options you can buy in this price segment. The Nothing Ear 1 comes with active noise cancellation, wireless charging and balance sound. True wireless earphones are known for their unique design. It has an IPX4 rating for water resistance. You can customize Equalizer, Gesture, Find my earbud with Ear (1) app on iOS and Android.