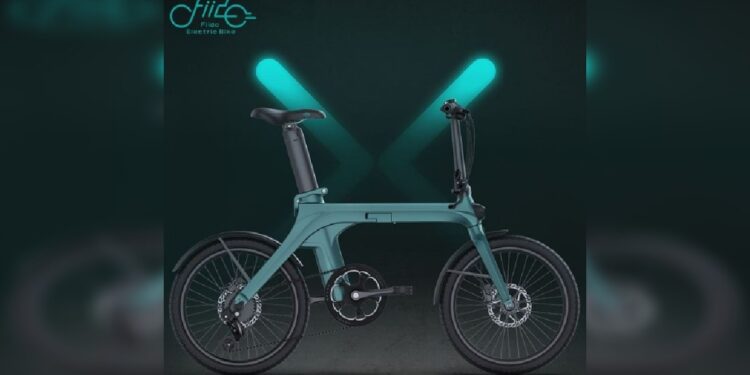 Fiido, the maker of e-bike, e-scooter and sea-scooter, has launched its new foldable electric bike. Launched as Fiido X, the e-bike comes in two variants – Fiido X and Fiido X Lite and both of them will be available for sale from tomorrow i.e. July 13. Fiido’s new electric bike comes with a folding design and gives it a modern look. Compared to the standard model, the Fiido X Lite has a smaller battery size and lags behind the Fiido X in terms of range, top speed and price. Both the models come with pedal and torque sensors, which help these electric cycles reach their maximum speed.

Fiido today announced the Fiido X electric bike via its Twitter channel and also said that this electric cycle will be available for pre-sale on Indiegogo from July 13. There are a total of two variants, the standard Fiido X is priced at $ 1,099 (approximately Rs 82,000) and the Lite model Fiido X Lite will be sold for $ 899 (approximately Rs 67,000).

A report by GizmoChina says that the X-series folding e-bike is an upgrade to the Fiido D11 folding e-bike and the new models bring several upgrades and design enhancements over the previous model. The Fiido X has a top speed of 25km/h. Both the models are equipped with a magnesium frame, which makes it lightweight and compact. Both models get a 7-speed transmission, due to which its speed can be changed. Both these get a seatpost-integrated battery pack, which helps the standard model to achieve a range of 130 km and the Lite model at 60 km, respectively. Apart from power, some other features of both the models are also different, such as the Lite model gets mechanical disc brakes and the standard X model gets a hydraulic disc brake system.

Fiido’s lineup includes a range of electric cycles, electric scooters and electric c-scooters. The China-based company is also expanding its footprint in the global market. However, no official information has been given about whether it will bring its products to India or not.<!–