Effect of deduction of Rs 28 thousand: Made in India electric bike sold out in minutes 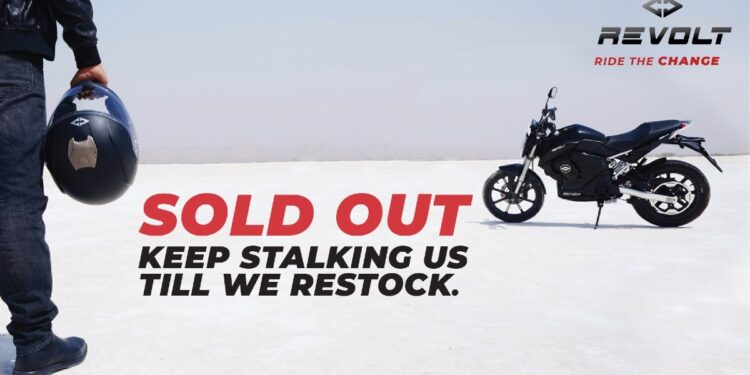 Revolt Motors informed about the RV 400 being sold out via Twitter. Booking of this electric bike on Thursday opened at 12 noon and the company 43 minutes after that another via tweet Sold out information. At present, information has not been given about when the booking of RV 400 will be re-opened, but the company has given ‘Notify Me’ button on its official website, through which customers wishing to buy it will get information related to bike from time to time. Can get it.

The FAME-II policy for electric vehicles was recently introduced by the central government, under which the subsidy has been increased. Due to this, the price of Revolt RV 400 in Delhi has now decreased by Rs 28 thousand, after which it can now be bought for Rs 90,799 (ex-showroom Delhi). At the same time, it will now cost Rs 87,000 in Ahmedabad. Customers have to pay Rs 7,999 for booking.

The RV400 is powered by a 72V, 3.24KWh lithium-ion battery and uses a 3KW electric motor to power this electric bike. It gets a dual disc setup with 240mm front disc and 240mm rear disc. In this, along with CBS, RBS has also been given. It has three riding modes named ECO, Normal and Sport, in these modes this electric bike can catch top speed of 45kmph, 65kmph and 85kmph (kmph) respectively. The range of the electric motorcycle in these modes comes out to be 180Km, 110Km and 80Km (km) respectively.<!–