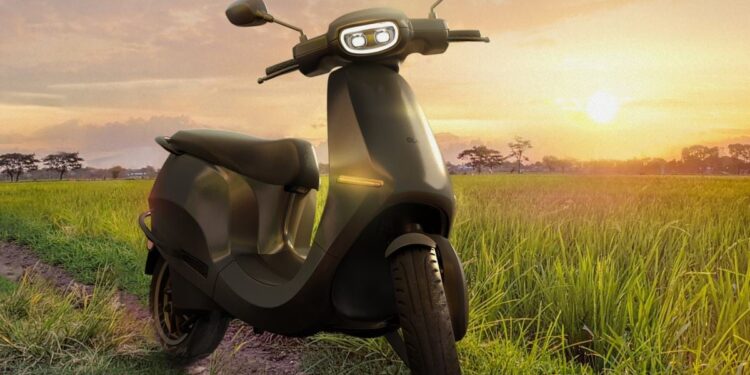 Earlier this week, Ola teased some features of its upcoming electric scooter and bookings have been opened for the same on Thursday. The Ola Electric Scooter can be booked for just Rs 499. The company has also created a dedicated website for its upcoming scooter, where along with booking the scooter, customers can get information about the company’s upcoming plans. Recently, the company CEO had teased some features of the Ola electric scooter, which revealed that this scooter will come with the largest boot space in its segment and can be accessed through the app. Last year, the company bought a Netherlands-based startup Etergo and it is believed that this scooter will be a rebranded version of the Etergo Appscooter. The design of Ola Scooter is also similar to the Appscooter.

Ola on Thursday Tweet Kar has announced the opening of bookings for its first Electric Scooter. The scooter can be booked for Rs 499 through the company’s dedicated website. Recently, Ola CEO and Chairman Bhavish Aggarwal also shared some of its features. The company claims that its boot space will be the highest in its class. Apart from this, it will get app-based keyless access, which means that the user will not need a key to start the scooter. The third feature will be its range. The company claims that this scooter will lead in terms of launch range in its category.

The tweet also shows for the first time the complete design of the Ola Electric Scooter, which is exactly the same as the Etergo Appscooter. For information, let us tell you that Ola had bought Etergo last year. From this we can guess that the specifications of the Ola scooter may also be similar to the Appscooter. The Etergo Appscooter gets three replaceable 3kWh battery modules, each of which is capable of delivering a range of 80 km. In this way, this scooter can achieve a total range of 240 km. Although Ola has not given information about the power and other specifications of its scooter, but if we take a look at Appscooter, this electric scooter comes equipped with a 6kW motor, which generates 50Nm of peak torque. The top speed of this scooter in Europe is 40Kmph. Although its top speed in India can also be different.

Its exact launch date is yet to be revealed. However, sources have told Gadgets 360 that it could be launched later this month. Ola Electric and Bank of Baroda earlier this week signed a 10-year loan financing agreement worth $100 million (about Rs 745.50 crore), which aims to fund Phase 1 of Ola Futurefactory.

In April, Ola also announced setting up of 1 lakh hypercharging stations in 400 cities in the country. Of these, 5 thousand stations will be set up in 100 cities this year. The company plans to invest $2 billion (about Rs 150 crore) over the next five years to set up this infrastructure. The company claims that the Ola chargers present in these stations will charge the scooter to 50 percent in just 18 minutes, giving the scooter a range of 75 km. Ola also at that time said That company is making 1 electric scooter every 2 seconds.<!–