Zim vs Ban: Zimbabwe battered by Shakib Al Hasan’s claws and Liton Das’s century, got a bad defeat in the first ODI 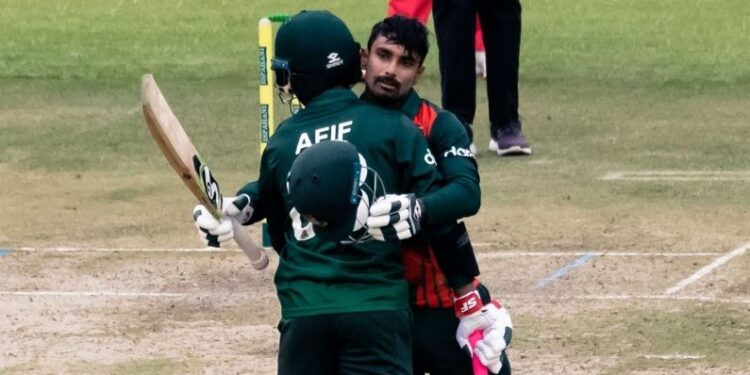 In this match, Shakib Al Hasan not only took wickets with his brilliant bowling, but he also took a record in his name in which he has surpassed the former captain.

Bangladesh Cricket Team defeated hosts Zimbabwe by a huge margin of 155 runs in the first ODI of the three-match series played at Harare Sports Club on Friday. With this, he has taken a 1-0 lead in the series. Batting first, Bangladesh scored 276 runs for the loss of nine wickets. In reply, the hosts lost the match for 121 runs in 28.5 overs, losing all their wickets.

Opener Liton Das scored a century for Bangladesh. He scored 102 runs in 114 balls with the help of eight fours. Apart from him, no other Bangladesh batsman could play a big innings. Luke Jongwe of Zimbabwe took three wickets. Richard Nagarwa took two wickets in his name. Blessing Mujarbani also got two successes. Tendai Chatara got a wicket.

not got a good start

Bangladesh, however, did not get off to a good start. The hosts won the toss and called them to bat first. Captain Tamim Iqbal returned to the pavilion on the first ball of the third over. From here the Bangladesh team was continuously losing wickets. Shakib Al Hasan was dismissed after scoring 19 runs. Mohammad Mithun could also score only 19 runs. Mosaddek Hussain (5) also returned to the pavilion on a total score of 74. Meanwhile, however, Das stood at the other end and was pushing the team’s score forward. He got the support of Mahamudullah who scored 33 runs with Das and took over the team by sharing 93 runs. When Mahamudullah got out on a total score of 167, Das got the support of Afif Hussain who played an innings of 45 runs. Meanwhile, Das’s wicket fell at 207. Mehedi Hasan Miraj contributed 26 runs in the end and took the team to a respectable score.

The target was not easy for Zimbabwe. After the first two wickets fell early, it became more difficult and then the process of falling wickets continued. Only three batsmen of the team could reach the double figures. Wicketkeeper Regis Chikawa scored the highest 54 runs. He hit four fours and two sixes in his 51-ball innings. Captain Brendan Taylor scored 24 and Dion Meyers made 18. In front of Shakib’s spin, most of the batsmen of the host team were seen bowing down. He took five wickets and with this he became the highest wicket-taker for his country in ODIs. In this case, he defeated former captain Mashrafe Mortaza. Shakib now has 274 wickets in ODIs while Mortaza has 269 wickets.

Team India’s vice-captain’s big statement on the India-Pakistan match in the T20 World Cup, said- To be honest…