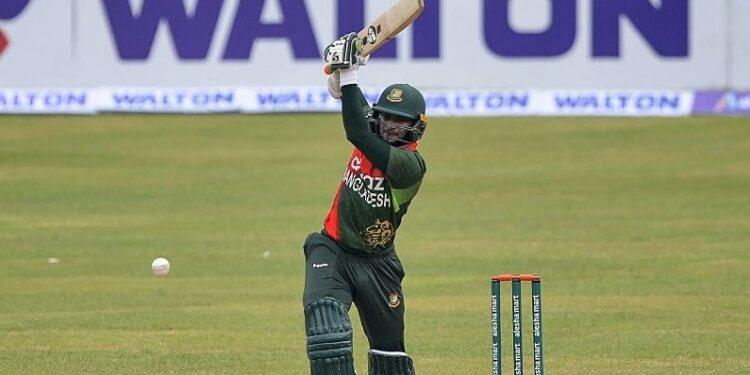 With a win in the second ODI, Bangladesh took an unassailable 2-0 lead over Zimbabwe in the three-match ODI series.

Man of the match Shakib Al Hasan helped Bangladesh cricket team beat Zimbabwe by three wickets in the third and second ODI on Sunday to take an unassailable 2-0 lead in the three-match series. Shakib played an innings of 96 not out. In his innings, Shakib faced 109 balls and hit eight fours. Among the bowlers too, this all-rounder contributed well and bowled economical. He took two wickets for 42 runs in 10 overs.

Zimbabwe, who batted first, scored 240 runs for the loss of nine wickets in 50 overs on the back of a half-century from Wesley Madhevere (56). Captain Brendan Taylor also contributed 46 runs for the team. For Bangladesh, Shariful Islam took four wickets for 46 runs. Bangladesh achieved this target by losing seven wickets with five balls to spare and won the series.

Chasing the target of 241 runs, Bangladesh continued to lose wickets. The team was struggling in the 39th over, losing the seventh wicket for 173 runs, but Shakib remained at one end. He made an unbroken partnership of 69 runs for the eighth wicket with Mohammad Soufuddin (28 not out) and gave the team victory in the last over. For Bangladesh, captain Tamim Iqbal contributed 20, second match centurion Liton Das 21, Mahamudullah contributed 26 runs.

Bangladesh got 10 points by winning this match played under the ICC Men’s World Cup Super League 2020-2022, which made it 70 points from 11 matches and the team is second only to England in the table. The third match of the series will be played on July 20.

Tokyo Olympics 2020: A tweet caused disaster on NRAI, users removed the tweet in the pursuit of show-playing