Yuvraj Singh’s big statement about Virat Kohli, said- the title given after retirement has already been achieved 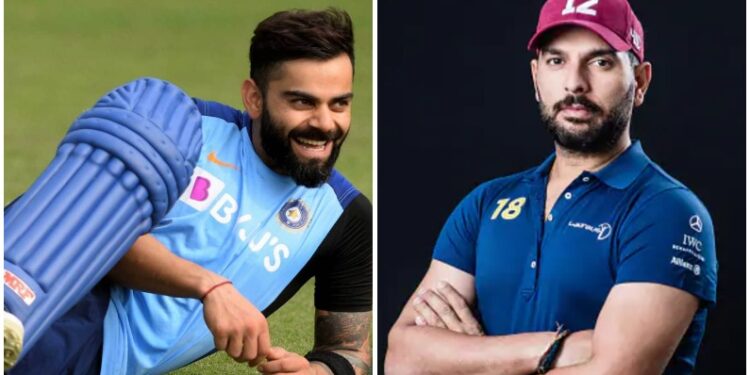 The latest statement on the Indian captain has been given by former Team India all-rounder Yuvraj Singh. He has said that he is the most hardworking player in his team.

Virat Kohli has become a legend in 30 years: Yuvraj Singh

Virat Kohli is in England these days. He is busy preparing for 5 Test matches against the host team there. But, big things are happening here in India regarding them. The latest statement on the Indian captain has been given by former Team India all-rounder Yuvraj Singh. Sixer King of Indian cricket has said that he is the most hardworking player in his team. And, the tag that people get in cricket after their retirement. Kohli has got it only at the age of 30.

Yuvraj Singh said in a conversation with the Times of India that, “Virat has done many great things. Many big opportunities have been seized. This is the reason why he got a place in the 2011 World Cup team even after being very young. There was a big question in front of the management to choose between him and Rohit. But, at that time Virat had scored a lot of runs, due to which he was given that place. Since then a lot has changed if we compare the Virat of today.

After getting the captaincy, came into batting and improved – Yuvi

The former India all-rounder further said, “I have seen Virat grow up. Have seen him training in front of him. He works hard on his cricket. He is very disciplined about his training. He had the qualities to become the best batsman in the world. And, today all those things are reflected in his gesture.” Yuvraj said that even getting the captaincy did not affect Virat’s batting. Rather she got better.

According to Yuvi, “Virat has become the captain of the team by scoring a lot of runs. His consistency has improved. And this is the reason that by the age of 30, he has achieved a lot. People become great after retiring from the sport. But he has become great only at the age of 30. It’s nice to see him grow as a cricketer. I hope he will go a long way.”

Also read: Aaron Finch out of the first ODI against West Indies, Australia handed over the captaincy to this former footballer