World Test Championship: On what criteria Team India is better than Kiwis, it will benefit in WTC finals! 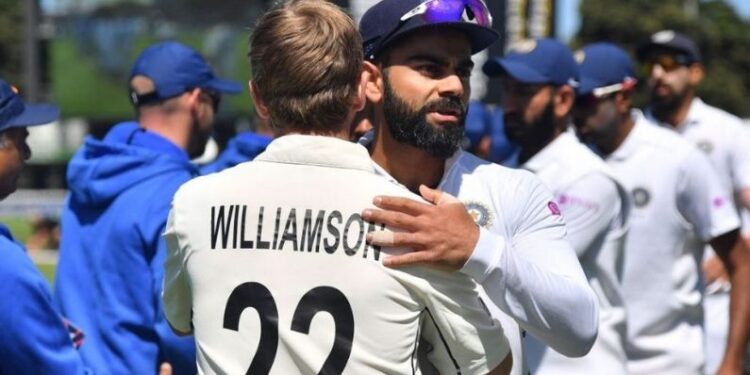 Before the final of the Test Championship, New Zealand’s team is testing itself through match practice, but in one case it has to bear the loss.

Before the final of the Test Championship, India will get the benefit of all the players being fully fit.

It is true that in view of the preparations for the final of the World Test Championship (ICC World Test Championship Final 2021), there are some criteria where the New Zealand team appears twenty over India. But the equally big truth is that in one respect the Indian team is far more balanced, far stronger and far more fortunate. This criterion is not like that but the fitness of the players. The importance of which every cricket team will know. Actually, the biggest discussion in the world of cricket at this time is the injury to New Zealand captain Kane Williamson. Kane Williamson has a left elbow injury and is yet to play in the second Test against England, starting on the 10th.

The New Zealand Cricket Board is constantly monitoring Kane Williamson’s injury. The finals of the World Test Championship are from June 18. This is actually the biggest concern for New Zealand. Apart from this, spinner Mitchell Santner is also injured and he will not play in the second Test against England. On the contrary, the Indian team is much stronger and lucky because at present all the players of the Indian team are fit and available for selection.

Why fitness of Indian players is big news?

The fitness of the players of the Indian team is big news because more than half a dozen players were injured in India’s last tour of Australia. In the last test match of the series, the challenge before the Indian team was to choose a fit playing 11. The occasion came in this series when players like Shardul Thakur, Washington Sundar, T Natarajan and Siraj Ahmed were trusted by the team management and they led the team to victory. But the truth is that the process that started with the injury to Mohammed Shami in Australia was not taking the name of stopping.

All the players including Umesh Yadav, Ravindra Jadeja, Hanuma Vihari, Jasprit Bumrah, KL Rahul were injured. Some of these players were such that they could not even play in the home Test series against England. Whereas all the players are now fit before the final of the World Test Championship. Virat Kohli has all kinds of options for selection. If he wants to play two spinners, then there is an option of Ashwin and Jadeja and if he wants to play three fast bowlers, there are many options.

Meaning of Kane Williamson not playing

The meaning of not playing the captain of the team in any big match is well known to the players of that team. It connects directly to the morale of the players and Kane Williamson is currently the world’s No. 1 Test batsman. It is a different matter that Kane Williamson’s bat was silent in both the innings of the first Test match played against England at Lord’s. He scored 13 runs in the first innings of the Lord’s Test while only one in the second innings. He was bowled in the first innings and LBW in the second innings. That is, in both the innings, he could not read the line of the ball correctly.

Kane Williamson’s Test career average is 53.60. That is, in the World Test Championship, he has scored runs with better figures than the career average. These figures show how true he has proved the saying for captains ‘Lead from the front’. There is still more than a week left in the final match of the World Test Championship against India. But Kane Williamson’s injury must be haunting the Kiwis from now on.

Also read: Big blow to New Zealand ahead of WTC Final, team superstar out of second Test against England