With whom did Rohit Sharma get angry after the century? Latched in front of everyone in the press conference 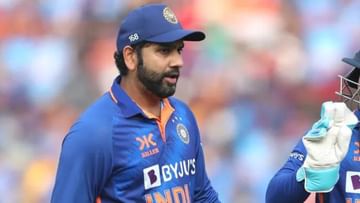 Indian captain Rohit Sharma played a century on Tuesday after a long wait. He scored 101 runs in the third ODI against New Zealand.

Rohit Sharma is the captain of the Indian team

Indian captain Rohit Sharma’s fans got to see the explosive style of their ‘Hitman’ on Tuesday. after waiting three years Rohit Sharma ODI century came out from the bat of. He played an inning of 101 runs in the third ODI against New Zealand. This century made the fans happy but Rohit himself appeared angry. The Indian captain publicly expressed his displeasure in the press conference and also gave the reason for it.

Rohit Sharma has not scored a century in ODI format since the year 2020. During this, India has not played too many ODIs due to Corona. In such a situation, Rohit feels that broadcasters should show things in the right way. Things should not be shown in such a way that a situation of confusion arises.

He said, ‘It may be the first century in three years, but I played only 12 ODIs during this period. You should know what is happening. I know it was shown during the broadcast but sometimes they should pay attention to this thing also. The broadcaster should also show the right thing. When asked if this is the return of Hitman, he said, ‘As I said there were no matches in 2020. Everyone was locked in homes due to Corona. We didn’t play ODIs and I was also injured. All those things should be kept in mind.

With this win, India reached the top of the ODI rankings, but Rohit said, “To be honest, rankings etc. do not matter.” Before this series, we were in fourth position. Don’t know how we were in fourth place because we had lost some series. We don’t think much about it. Confidence grows with every series.

Virat-Hardik also have to tell the plan

He told how Shardul Thakur, Hardik Pandya and Virat Kohli planned to get New Zealand captain Tom Latham out in the match. He said, in this format you have to use your skills and Shardul has that, he dismissed Tom Latham with a brilliant ball. It was planned by Virat, Hardik and Shardul.

China is continuously increasing its defense budget, while the US is already gearing up to…