WIPL 2023: From teams to auction and prize money, read here every information related to the league 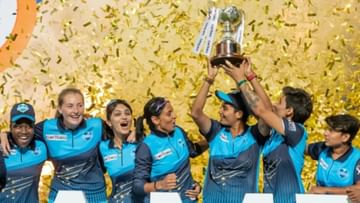 From this year, BCCI is going to start Women’s IPL. Six teams will participate in the first season. Auction going to happen soon

The first season of Women’s IPL is to be held in March 2023.

For the past several years, fans, veterans and women players themselves were making this demand like men. BCCI Should organize T20 league for women. Women’s T20 Challenge started but it was not of IPL level. Last year, the BCCI finally announced that the first season of the Women’s IPL would be held in 2023. From January 1 this year, the BCCI started preparing for it. Till now many big updates have come out regarding this.

The BCCI has so far officially disclosed only the media rights. At the same time, tenders have also been filled for the teams. Many franchises of the men’s IPL had also shown interest in this league. Many updates have also come out regarding the dates of the league. Know here every information about women’s IPL

Women’s IPL will be played in March

The BCCI had announced some time back that Viacom18 had bought the media rights of the women’s IPL. He made the highest bid of Rs 951 crore for five years. Sony and Disney Hotstar also bid for media rights. The auction for the T20 league was held at the headquarters of the cricket board in Mumbai.

Players will be auctioned in February

According to the report of Cricbuzz, the auction of players for the tournament can be held in February. BCCI has fixed the time till 5 pm on January 26 to register the names. Talking about the salary cap, three price categories of 50 lakhs, 40 lakhs and 30 lakhs have been kept for the capped player. At the same time, there will be a price category of 20 lakhs and 10 lakhs for uncapped players. In the papers that have to be filled to register the names of the players, instead of Women’s IPL, Women’s T20 League has been written. Due to this, speculations are being made that this could be the name of the league.

Some media reports have claimed that the prize money for the first season of the Women’s IPL could be Rs 12 crore. At the same time, there is a possibility of giving three crore rupees to the runner-up. The third-placed team may have to settle for Rs 1 crore. However, BCCI has not made any official announcement regarding this.

Auctions are to be held for the teams by the end of this month. More than 30 companies have bought bid documents for five crore rupees to buy the teams. These include 10 companies that own the men’s IPL teams. Adani Group, Torrent Group, Haldiram Prabhuji, Capri Global, Kotak and Aditya Birla Group have also shown interest in buying the teams. These also include companies that failed to buy two new men’s IPL teams in 2021. Among the IPL teams, Mumbai Indians, Rajasthan Royals, Delhi Capitals and Kolkata Knight Riders can show more interest in buying the team. He has also bought teams at the global level.