Wimbledon 2021: Andy Murray, narrowly saved from being a victim of an upset, worked hard to make it to the third round 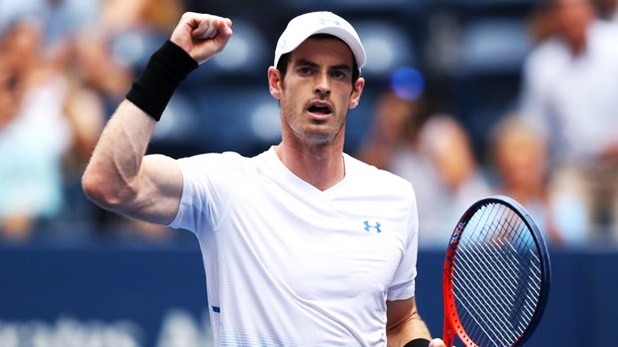 Andy Murray has now participated in Wimbledon after 2017.

Andy Murray, returning to Wimbledon after four years, won his second round match late on Wednesday night. Murray had to sweat profusely to make it to the third tour match. His match against Germany’s Oscar Otte was stretched to five sets. Murray won the match 6-3,4-6,4-6,6-4,6-2 and made it to the third round.

Murray, who had previously participated via wildcard entry, defeated 24th seed Nikoloz Basilashvili 6-4, 6-3, 5-7, 6-3 to reach the second round. Now he will face Denis Shapovalov in the next round. Andy Murray won the first set 6-3. However, the next two rounds were made by the German player. From here, Murray showed a great game with the help of his experience and class and won the last two sets.

Results of some other matches of the day

In another match, Andrey Rublev defeated Lloyd Harris of South Africa in straight sets. Rublev won 1-6,2-6,5-7 in the second round match. Ninth-ranked Diego Schwartzman defeated Liam Brody 4-6, 6-2, 6-2, 6-4 for America in a four-set match.

Talking about women, Sloane Stephens of America defeated her own compatriot Christie Ann to make it to the third round. Stephens won the match in straight sets 7-5, 6-3. Similarly, in a match against two other American players, Madison Brengle defeated fourth seed Sofia Kenin 6-2, 6-4. Karolina Pliskova of the Czech Republic also reached the third round with an easy victory. She defeated Donna Vekic of Croatia 6-2,6-2. Spain’s Garbine Muguruza also made it to the third round with a 6-1,6-4 win over Leslie Kherkhov of the Netherlands.

Bianca Andreescu is out

Wimbledon 2021 Schedule: 4 Indians including Sania Mirza will be monitored, see the list of matches to be held today