WI vs SA: Dhoni’s sleuths removed the smoke of the batsmen, the history of West Indies was destroyed, then the new boy saved the shame 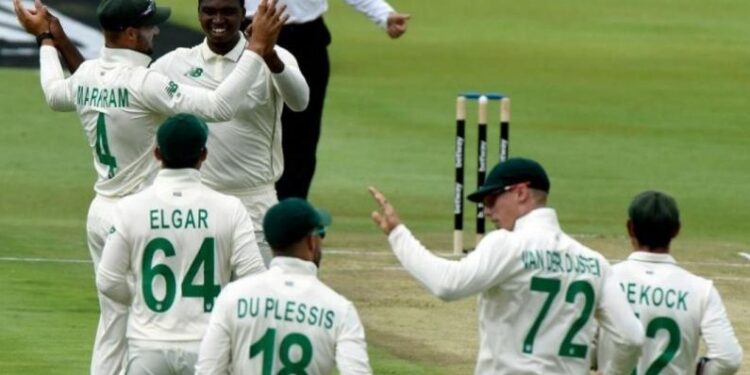 The first day of the St Lucia Test was good for the bowlers and the batsmen struggled. The 19-year-old West Indies new bowler spread his flame.

The cricket world, which was disrupted in the past due to Coronavirus, is again in its full color. Somewhere the era of T20, somewhere Test matches has started. Test cricket has also returned on Caribbean soil after several months and hosts West Indies are facing South Africa. However, the very first day of Test cricket was like a nightmare for the host Windies and only two South African bowlers killed the entire team. On the very first day of the St. Lucia Test, the Windies team was reduced to just 97 runs in their first innings and became the team’s name African bowler, who was showing his strength for MS Dhoni’s team Chennai Super Kings in the IPL till a month ago.

The first match of the two-Test series between West Indies and South Africa began in St Lucia on Thursday, June 10. Some new faces were entered in both the teams. The Windies team included 19-year-old fast bowler Jaden Seals, then two batsmen – Keegan Pietersen and Kyle Varian got a chance in the African team. Of these, only Jaden’s debut went well on the first day, which was the only positive aspect for West Indies throughout the day.

West Indies lost 5 wickets for just 56 runs. Not one of these Lungi Ngidi was found, but after this Ngidi wreaked havoc. Ngidi, who played under Dhoni’s captaincy, then put all the remaining five wickets in his bag and the West Indies team was reduced to just 97 runs. Ngidi took 5 wickets for 19 runs in 13.5 overs, while Norkia took 4 wickets for 35 runs in 11 overs.

This performance was also embarrassing for West Indies cricket, because it was only for the first time in the history of Caribbean cricket that West Indies were reduced to a score of less than 100 runs in the first innings of a Test match while playing at home. Not only this, it also proved to be his lowest score against South Africa.

In response, South Africa had a bad start too. It was not a good start for veteran opener Dean Elgar, playing his first match as captain and Kemar Roach fell victim to the fifth ball of the first over without opening the account. Pietersen (19), who was debuting soon, also went on. He was made his first Test victim by the new Windies bowler Jaden Seals. 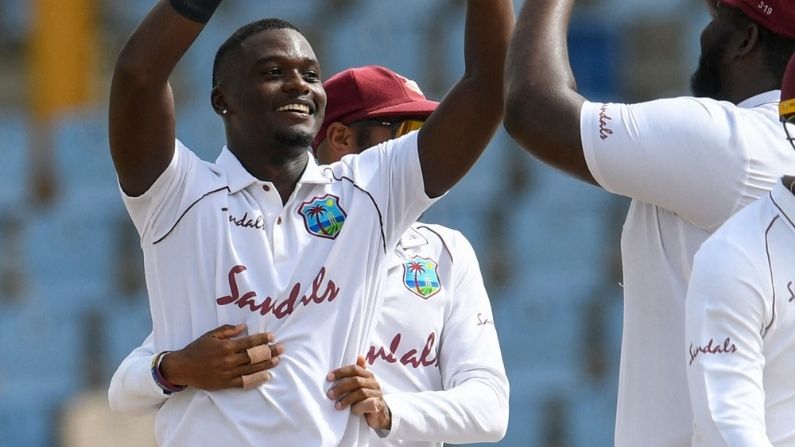 From here, opener Aidan Markram along with Rasi van der Dussen handled the innings. During this Markram completed a good half-century. Both took the team beyond the score of West Indies and took them beyond 100 runs. However, Markram fell victim to Seals after scoring 60 runs.

Soon Seals also took his third wicket on debut. This time he made Africa’s debutant Varian a victim. At the end of the day’s play, South Africa scored 128 runs for the loss of 4 wickets and they have got a lead of 31 runs. Van der Dussen is unbeaten on 34 with Quinton de Kock (4) at the crease.