Why has Sri Lanka gone to become the vice-captain of Team India? Bhuvneshwar Kumar has now opened the secret 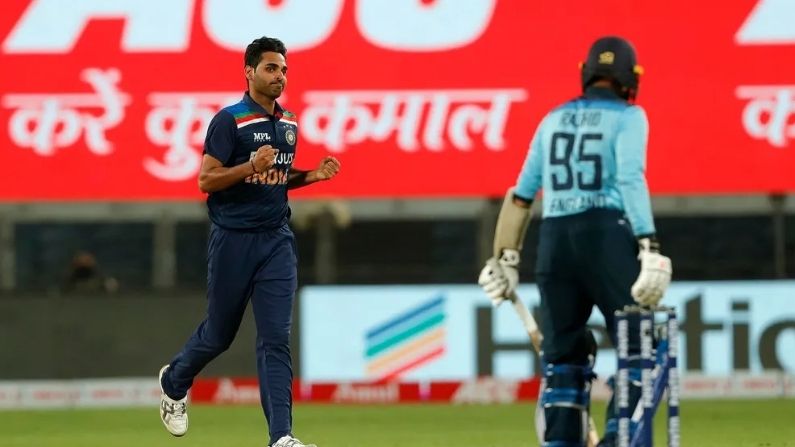 A team of India is currently on a tour of Sri Lanka where it has to play ODI and T20 series and this team is adorned with young players.

Bhuvneshwar Kumar has been named the vice-captain of India’s limited overs team for the tour of Sri Lanka. (Pic Credit BCCI)

The Indian Test team is currently in England, which includes most of the main and senior players of the team, but in the meantime another team of India has to tour Sri Lanka for the limited overs series where Shikhar Dhawan. ) has been appointed as the captain and Bhuvneshwar Kumar as the vice-captain. Most of the players in this team are young and who want to make their mark in international cricket, in such a situation the role of senior players becomes very important. Veteran bowler Bhuvneshwar knows this very well.

Bhuvneshwar Kumar believes his role will be to help other players “improve their skills and mental health” during the upcoming limited-overs series.

Bhuvneshwar, who took 138 wickets in 117 ODIs for India, said in ‘Cricket Connected’ program of ‘Star Sports’, “Yes, on paper it is my role (vice-captain), but I don’t think that will change things. I feel that as an experienced player, my role will be to help other players to improve their skills and mental health.

Former captain Rahul Dravid is the head coach of the Indian team on this tour for the three-match ODI series and the same number of T20 series. Bhuvneshwar said, “I have played against him (Rahul Dravid) and he was part of the team when I joined RCB (Royal Challengers Bangalore). I don’t have any specific memories of that time with him, but we had some conversations when I went to the NCA (National Cricket Academy).

Will try to read Dravid’s mind

Bhuvneshwar said that he will try to read Dravid’s mind in terms of management. This 31-year-old right-arm fast bowler said, “I am lucky that he (Dravid) is the coach. Young players have played for India A under his supervision. So, we want to work under his supervision and read his mind. We want to understand how he manages things at that level for so long.”

He said, “Being the vice-captain of Team India is an honor as well as a responsibility. So, I will try to continue the things that I have been doing and hope that our team does well on this tour.”

James Anderson made a great record in first-class cricket, then said – now it will hardly happen again

IND vs BAN: Rohit will not play third ODI, these 2 players were also out of the last match

Defeating Bangladesh is not the work of children, in 10 years all the work of elders has been done

Fog Update: On Thursday, a dense fog will be present in some areas of northern…