Whom Virat Kohli took in the team after 8 years, he was embarrassed by robbing fours and sixes 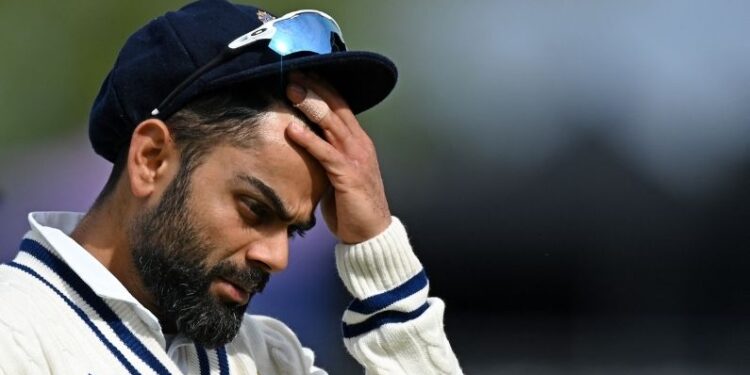 Captain Virat Kohli had added this player to the team with great expectations, but Kohli must have suffered a major setback due to his poor performance.

In the IPL 2021 auction, Virat Kohli’s team Royal Challengers Bangalore took a player with him whoever team he played in was winning the title. Also, this player himself was showing a wonderful game. With both the ball and the bat, he had performed usefully and led his teams to victories. But now this player is getting beaten up a lot. It is none other than Australia’s Veteran all-rounder Dan Christian. Christian is currently on the West Indies tour with the Australia team. Under this, in the fourth match, his balls were crushed a lot. He bowled an over and in this the Windies batsmen looted 23 runs. Two fours and two sixes were hit in this over. Due to such a beating of Christian, the match was once lost in the hands of Australia but Mitchell Starc’s last over gave him a difficult victory.

Dan Christian has not been able to do wonders in the four T20 matches on the West Indies tour so far. He has scored 42 runs in four matches and has not got a single wicket. He scored 10 runs in the first T20 and gave 10 runs in the bowling. But he did not get the wicket. At the same time, after scoring nine runs in the second match, 22 runs had gone in his over and the corner of the wicket was again empty. In the third match, he remained unbeaten after scoring one run. Here he did not bowl. Then in the fourth match, Christian scored an unbeaten 22 runs in 14 balls with two fours and a six. Before the T20 World Cup, Australia included him in the team to try him as a finisher. But this player does not look comfortable in this role. In such a situation, it does not seem that this player will be able to play in the T20 World Cup to be held in UAE.

Christian was associated with RCB after 8 years

But Dan Christian’s poor game has also increased the worry of Virat Kohli. That is because the matches of the second half of IPL 2021 are yet to be played. In such a situation, according to the current half, if RCB feeds this player, then his game will be spoiled. In the first half of IPL 2021, he played three matches and scored three runs. He didn’t get a single wicket. Christian came with RCB after eight years through this season. Earlier he played for this team in IPL 2013. Then he played only two matches for the team.