Who will be the match finisher of Team India in T20 World Cup? Rahul Teotia-Dinesh Karthik out ahead in the race! 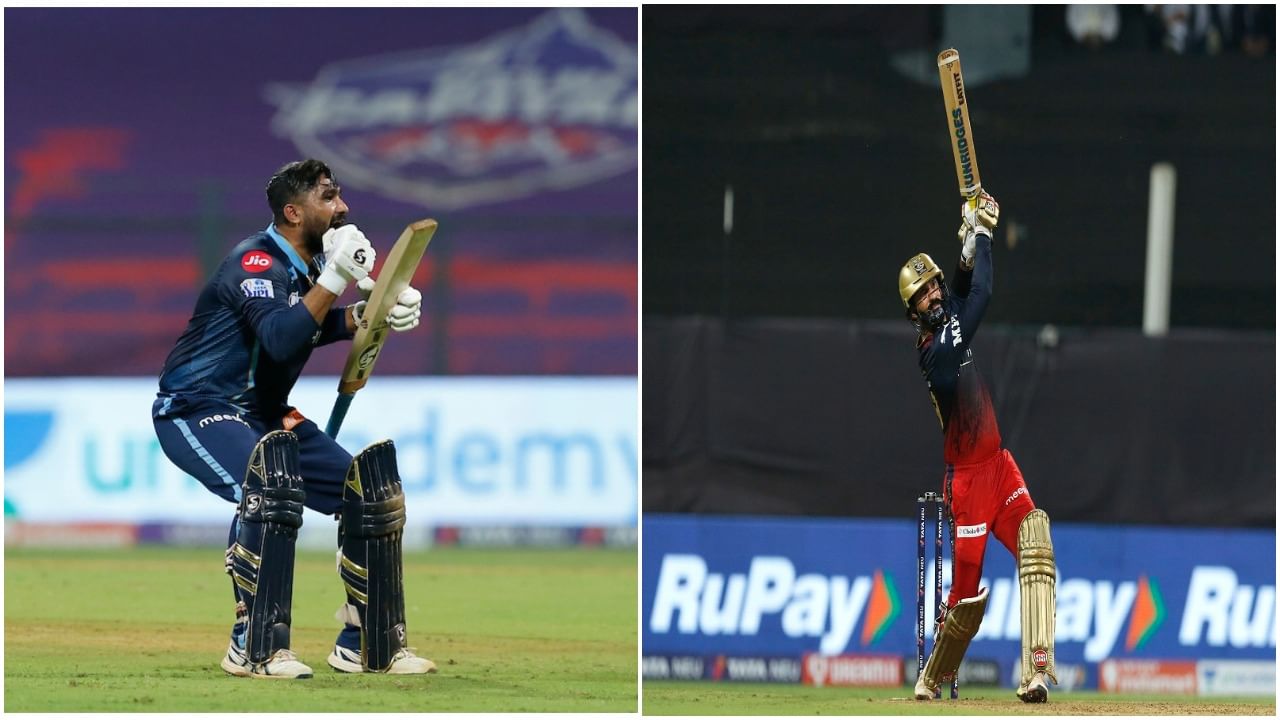 Rahul Tewatia and Dinesh Karthik have won matches for their teams as finishers in IPL 2022. Team India can try both before the T20 World Cup.

Only performing well in IPL cannot be the only criteria for selection in Team India. But Dinesh Karthik (Dinesh Karthik) And Rahul Tewatia has presented a strong claim before the T20 World Cup by performing brilliantly in the role of finisher. This T20 World Cup to be held in Australia (T20 World Cup 2022) With only four months to go but the selectors and team management will soon have to decide on the core group of players, starting with the five-match home series against South Africa next month. The role of the finisher is increasing in importance in modern cricket and the Indian team will definitely need players who can shoot from the very first ball.

In the absence of Hardik Pandya due to fitness issues, the Indian team management tried Deepak Hooda and Venkatesh Iyer in the middle order after last year’s World Cup but they could not live up to the expectations. Hardik has done well on his return to the IPL and has also included himself for a claim in the national team. However, Hooda and Hardik are playing in the upper order in their respective IPL franchises.

Tevatia and Karthik are the new options for the finisher

Venkatesh Iyer had a tough second year in the IPL and has slipped to the bottom of the finisher list. With only Ravindra Jadeja being the only excellent finisher in the Indian team, Karthik and Teotia saw hope in this role and made full use of this tournament by performing brilliantly in the IPL. Tewatia has earned the reputation of winning matches even in impossible conditions while Karthik, who made his India debut in 2004, has shown a great urge to make another comeback.

Former India chief selector MSK Prasad feels that both Karthik and Teotia must be tried in the series against South Africa starting on June 9, while talking of getting Hardik back as well. He said, ‘Hardik, Jadeja, Karthik and Teotia will have four players in the role of finishers. Karthik and Teotia are doing amazing in this IPL season and Hardik has also made a good comeback. There is still some time left in the World Cup but Karthik and Teotia should be given a chance.

Hardik will be a key player in Australia

On Hardik, MSK Prasad said, ‘He will be your main player in Australia where the T20 World Cup is to be held. But I would also like to see him bowl regularly. We will need his all-rounder skills in Australia. Hardik hasn’t been bowling every match for Gujarat Titans but has bowled close to 20 overs during the season and also scored some crucial runs at No.

Sarandeep Singh, who was Prasad’s partner in the selection committee, said the Baroda all-rounder would have to bowl regularly to keep himself in contention. He said, ‘You cannot play as a batsman in the team. This will reduce your one bowling option. Karthik can also be included but will he play as a batsman and Rishab will do the wicketkeeping, I don’t think. But Karthik has definitely placed his claim and he also has immense experience. The former Indian spinner said, ‘If wickets keep falling, then Karthik has the ability to change his role. Tewatia has also done well in the IPL but I doubt he will be able to replicate this form in Australia.