Who should open with Shikhar Dhawan on the tour of Sri Lanka? The former coach of the Indian team took the name of this young man 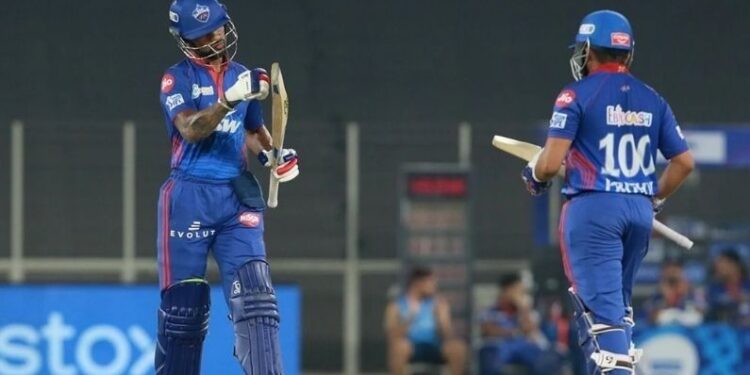 The Indian team, which went to play the limited overs series on the Sri Lanka tour, has good options of openers and hence the team management will have to work on it.

The three-match ODI series between India and Sri Lanka is starting from Sunday. But before this series, India has one problem and that is who will open the innings with captain Shikhar Dhawan. The team has three options for this, which include the names of Prithvi Shaw, Devdutt Padikkal and Ruturaj Gaikwad. WV Raman, former India opener and coach of the women’s team, feels that Shaw should be given the responsibility of opening batting along with Dhawan. Raman has argued for this that this young player needs to be given a lot of chances to succeed in the comeback.

Shaw was dropped for India’s tour of Australia in the first Test played in Adelaide for not performing well, but then went on to score a lot of runs in the domestic one-day competition Vijay Hazare and then IPL-14 and made it to the national team. returned.

Shaw has played before

Raman said that Shaw has played for India in the past and that is why he should open with Dhawan. Raman told PTI on Friday, “I think you will definitely see Shikhar (Dhawan) opening the innings because first thing is he is the captain and second you can probably see Prithvi Shaw with him because He has played for the country before and he has done well. You have to try to give him as many chances as possible to get back in form because he is young and has a lot of talent. ”

Preference will be given due to experience

Raman was associated with the National Cricket Academy (NCA) and has seen junior cricketers progress, following which he was appointed the head coach of the women’s team, a position he had recently decided to step down. Apart from Dhawan and Shaw, there are other openers like Devdutt Padikkal, Ruturaj Gaikwad in the Indian team, but Raman feels that playing for India first will be in Sauv’s favour. Raman said, “Yes, you have a lot of talent (Devdutt) Padikkal and there are others but having experience in international cricket, I think Prithvi Shaw will be preferred over others because that has always been the case.”

This former leg-spinner of the country does not consider Pakistan a contender to win the T20 World Cup, bet on these three teams