Who is Haroon Rashid, whom PCB has made the chairman of the selection committee 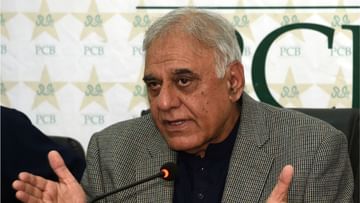 Former Pakistan batsman Haroon Rashid has been appointed as the chairman of the new selection committee of PCB. He will take over from Shahid Afridi.

Haroon Rashid became the chairman of the PCB selection committee.

The Pakistan Cricket Board (PCB) has announced the new head of its selection committee on Monday. PCB has given this responsibility to Haroon Rashid. PCB gave this information on Monday. After sacking Rameez Raja, Najam Sethi was made the chairman of the PCB, who formed an interim selection committee under the chairmanship of Shahid Afridi. Afridi was assigned this task for the series against New Zealand. But after the New Zealand series, his work was over.

Haroon is a former Pakistan batsman. He has played 23 Test matches for his country. Apart from this, he has also played 12 ODIs for Pakistan. He played these matches for Pakistan from 1977 to 1983. He has scored 1217 runs in Tests and during this time his average was 34.77. Three centuries and five half-centuries came out of his bat. In ODIs, he scored 166 runs at an average of 20.75, including a half-century. He has been the director of cricket operations of PCB. Along with this, he has also been the team manager. He was part of the management committee of PCB at this time. He has resigned from his current post to become the chairman of the selection committee.

Pakistan has to play its next T20 series against Afghanistan. Now Aaron will select the team for this series.

Pakistan got defeated at home