Whispering world record made while debuting in ODIs, Dhoni-Kohli all behind this player 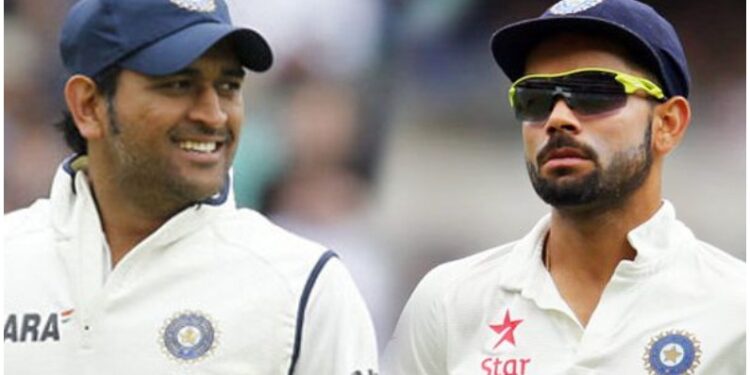 Mahendra Singh Dhoni and Virat Kohli, who broke big records of batting in ODI cricket, were also miles away from this record.

Neither Dhoni nor Kohli has the same average as Kim Barnett.

First you take the names of the biggest batsmen of the world. Put Sachin Tendulkar in it and Ricky Ponting too. Keep Kumar Sangakkara and Mahendra Singh Dhoni too. The discussion should be from Virat Kohli to AB de Villiers. Now this list can be longer, but it is not needed. That is because the world record for the highest career average in the world of ODI cricket is not in the account of any of these players. Rather, this record is recorded in the name of a player who has played only one ODI match in his life. Today i.e. 17th July is the birthday of this player. It was born in the year 1960. Know what was the batting average of this player. Let us tell in this news.

England Cricket Team’s right-handed batsman and leg-spin bowler Kim Barnett is the only player who has no cricketer around his batting average. By the way, making a match the basis of assessment is not justified from anywhere, but statistics are only statistics. So the statistics say that Kim made his ODI debut for England on 4 September 1988 against Sri Lanka at the Oval ground. In this match, Barnett played an innings of 84 runs in 146 balls, landing at number three. The special thing is that during this time he did not hit a single four or six. Barnett returned to the pavilion after being run out. After that he never played ODI matches and thus his average was 84. Whereas at present, Kohli’s average is only slightly more than 50.

More than 28 thousand runs and 61 centuries

In this match, the target of 243 runs from Sri Lanka was achieved by the England team in 52.4 overs with 14 balls remaining for the loss of five wickets. Then the ODI match was of 60 overs. Kim Barnett got the Man of the Match award in this match. Apart from one ODI, Kim also played 4 Test matches for England. In this, he scored 207 runs at an average of 29.57. The highest score was 80 runs. As far as first-class cricket is concerned, he scored 28593 runs in 479 matches at an average of 40.38. This includes 61 centuries and 153 half-centuries. The highest score in these was an unbeaten 239 runs. In List A cricket, Kim played 525 matches and scored 15564 runs at an average of 34.89. 17 centuries and 92 half-centuries were also added to it. Kim also tried his hand in bowling and scored 188 runs in 479 first-class matches and 113 runs in 525 List A matches.