Whether it is a batsman or a ‘bomb ball’, if it burst, it engulfed the entire team, wreaked havoc on 24 balls 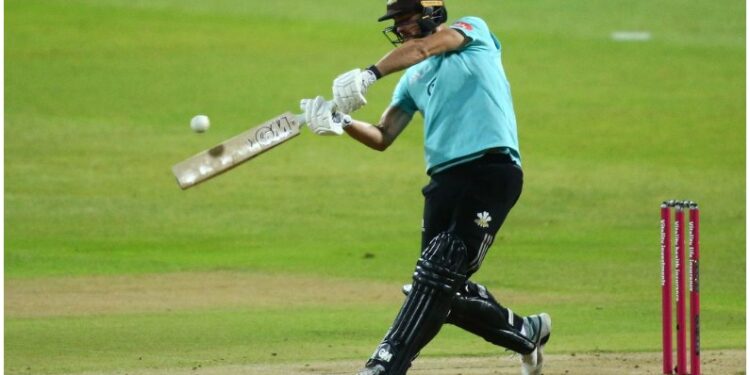 Batted only 38 minutes, but believe me it was so torn that the senses of the front team were blown away. The players’ faces started ringing 12.

Age only 22 years. But, if you see his game, you will say- Oh! How unmatched This batsman is awesome. Dhansu is its batting. It is stormy. This means that no stone will be left unturned, if you see his batting. This explosive batsman named Will Jacks has just recently displayed his batting in the T20 Blast. He did not stop at the crease even for an hour. Batted only 38 minutes, but believe me it was so torn that the senses of the front team were blown away. The players’ faces started ringing 12. The mood in which he was playing, those who saw him would be saying just this – is this a batsman or a bomb ball!

That 22-year-old batsman is a merchant of stormy innings. He has also targeted Indian bowlers in the past. But, let us introduce you to his past. Before that, know and understand his full game today. The story is related to the match between Surrey and Middlesex in T20 Blast on 10 June. In this match, Surrey batted first and then his opener Will Jacques created a ruckus that was worth watching.

22-year-old Will Jacques created a ruckus in 24 balls at Lord’s. He beat every bowler bowling the ball from the front without identifying him. He took care of everyone so well that he was only seen peeping side by side. This storm of the bat was so fast that on seeing when Will Jacques touched the figure of half-century and then suddenly reached 70 runs, it was not known. Full of action, his doom-filled innings that forced the bowlers to kneel included 5 sixes and 9 fours.

Surrey scored 223 for 7 in 20 overs, thanks to 70 runs from 24 balls made by Will Jacques. In response, Middlesex’s team was stopped on 169 runs in front of the target of 224 runs and lost the match by 54 runs. 22-year-old unmatched batsman Will Jacques was chosen as the hero of the match.

There has been devastation in the past, India has also become a victim

Well, this is not the first time that Will Jacques has played such a doomed innings. Actually, this is their habit. He is a dealer of big and stormy innings. In the T10 league, he has scored a hundred in just 25 balls. In the year 2017, he has also scored a Test century while grinding India’s U19 bowlers under his bat. In the 2018 Under 19 T20 World Cup, he played a destructive innings of 102 runs against Canada. Will Jacques has a strike rate of 151.18 in domestic T20.