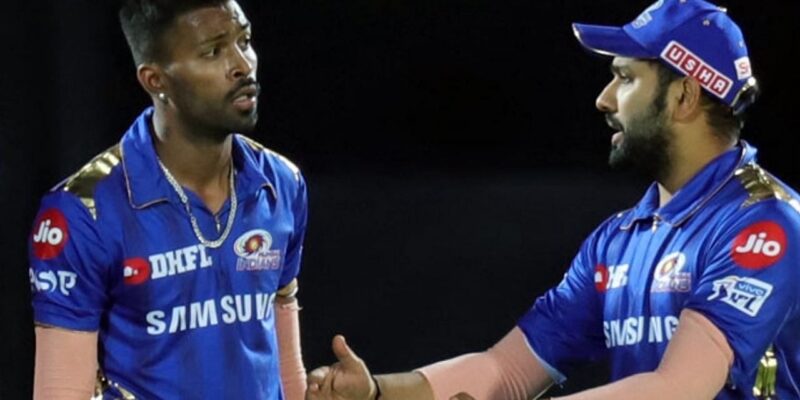 Hardik Pandya has not bowled in IPL 2021.

Hardik Pandya’s not bowling has been a matter of concern in Indian cricket. When Team India was selected for the T20 World Cup starting from 17th of this month, Pandya’s name was there and chief selector Chetan Sharma had even said that Pandya would bowl. But in the second phase of IPL 2021, Pandya has not bowled in a single match. Due to this many questions started arising about Pandya. It was even said that he could be dropped from the World Cup team. Now in the IPL, Rohit Sharma, the captain of Pandya’s team Mumbai Indians, has given a big statement about this. Indian vice-captain Rohit Sharma has expressed hope that the all-rounder will start bowling next week ahead of the T20 World Cup.

Pandya played five matches in the UAE leg of the IPL in which he did not get much success. After the public announcement of the chairman of the selection committee, it seemed that he would bowl but he did not bowl a single over in the meantime. “As far as his (Hardik) bowling is concerned, the physio and trainers are working on his bowling,” Rohit told reporters after Mumbai’s last match in the IPL. He hasn’t bowled a single ball yet. We wanted to assess his fitness keeping in mind one match at a time.

Pandya also disappointed in batting and scored only 127 runs. His average was 14.11 and strike rate was 113.39. Rohit said, “He is improving day by day. Maybe by next week he can start bowling. Only the doctor and physio can tell about it. As far as his batting is concerned, he will be a bit disappointed but he is a great player. He has come out of difficult situations before. He will not be happy with his batting but the team has faith in his abilities. I myself have full faith in his abilities. ”

not worried about the form

Apart from Rohit, Hardik Pandya, Suryakumar Yadav, Ishan Kishan, Rahul Chahar and Jasprit Bumrah of Mumbai Indians are also part of the Indian team for the T20 World Cup. Rohit is not worried about the form of the Indian players in the Mumbai Indians team, as the T20 World Cup will be a different kind of tournament where a player can get back into the rhythm even during practice. “I don’t want to focus too much on what happened in the IPL and what is going to happen in the T20 World Cup. T20 World Cup is a different kind of tournament and franchise cricket is different from that. So you cannot pay too much attention to these aspects. Form matters but teams are different in both the places. So you can’t focus too much on it. ”

Before the T20 World Cup, what did Team India’s stalwarts do in IPL 2021? Who passed and who failed