When these two players were not found in Team India, this former wicketkeeper got angry, said- what is their mistake 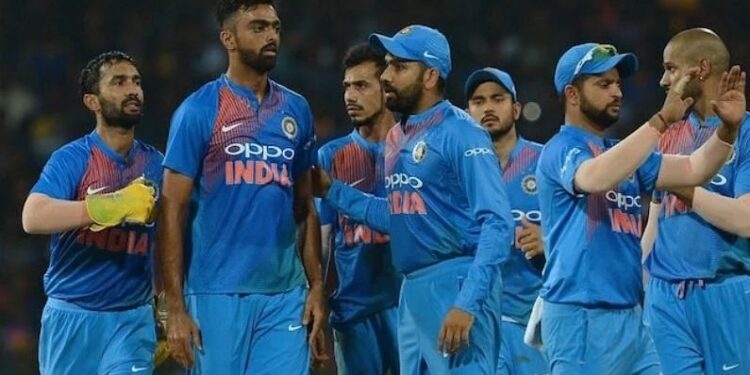 The Indian team for the Sri Lanka tour has been announced and many new faces have got a place in it, but this former cricketer is surprised due to the non-selection of two players.

The Indian team for the tour of Sri Lanka has been announced. India has to play a limited overs series in Sri Lanka in July. Meanwhile, a team of India will be in England in which all the main players of the team like Virat Kohli, Rohit Sharma, Jasprit Bumrah, Mohammed Shami are there. In such a situation, the senior selection committee of BCCI has selected the second team for the tour of Sri Lanka, whose captain, veteran batsman Shikhar Dhawan, has been made the captain of the team. Many new players have also got a place in the team. Devdutt Paddikal, Chetan Sakariya have been included in the team for the first time.

However, some players have not got a place in this team and former players of India have been disappointed when some such names are not found in the team. This former wicketkeeper Deep Dasgupta says that both of them have performed brilliantly over the years and they both deserved to be included in the team.

Unadkat, Teotia had to meet

According to Deep Dasgupta, Jaydev Unadkat and Rahul Teotia should have got a place in the team for the tour of Sri Lanka. Deep said that Unadkat had performed brilliantly in the 2019-20 Ranji season and Tewatia has been a strong performer for Haryana in the shorter formats. Both these players play for Rajasthan Royals in IPL.

He said on his YouTube channel, “I think selection has become easier during this pandemic. There are only six matches, three ODIs and three T20s. You have picked 20-25 players and have picked five net bowlers. You could have added more players. What has he done wrong? Jaydev Unadkat and Rahul Teotia, who were part of the team in the last series, should have also been part of the team. If there were 27 players instead of 25, it would not have made any difference.

Deep is especially worried about Unadkat. He said that Chetan Sakaria has got a place in the team as a left-arm fast bowler who had a strong performance for Rajasthan Royals in the IPL. He said, “I do not have anything to say about the team selection. The 20 players who were in the race are no surprise. I love Unadkat because he is very hardworking and passionate. Not only in IPL but in Ranji Trophy, he bowls 20-25, is very hardworking and is a great player. Like I said earlier, if you are carrying 25 players, you could have taken 26, there is no difference in that.”