When the people of Delhi came down on Rajpath for an athlete, the government also had to bow down 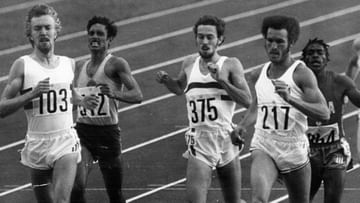 Indian athlete Shri Ram Singh has won medals in many international tournaments for India. To give them their rights, a marathon was organized on Rajpath in Delhi.

Shriram Singh has won three medals for India in the Asian Games.

The strike by Indian wrestlers surprised the people of the country. for the country Olympic, Players who won medals in the Commonwealth and Asian Games sat on a dharna at Jantar Mantar over the injustice meted out to them. There was a lot of discussion about this on social media. There was an uproar for three days and finally the Sports Ministry had to intervene in the matter. But this did not happen for the first time. Similar movements have taken place in India earlier also to give rights to the players.

52 years ago one such protest took place at Rajpath in Delhi. Its effect was visible and due to this protest, India got such an athlete who also became the Asian champion. This is the story of India’s star athlete Shriram Singh. If you have not heard this name, then after knowing this story, you will definitely recognize him.

Sriram did not get a place in the team

Shriram Singh is one of India’s most successful middle distance (400m and 800m) athletes. In the year 1968, he joined the Rajputana Rifles. Where athletics coach Ilyas Babar asked Shriram to participate in 400 and 800 meters race. He achieved a lot of success at the national level. In the year 1970, the Asian Games were to be held in Bangkok. Everyone was sure that Shriram would participate in these games and bring a medal. However, when the names of the players were announced, everyone was surprised to see that Shriram’s name was not included.

Those who knew Shriram’s talent did not like this thing. Senior journalist Norris Pritam told in a TV program that some local athletes of Delhi came out in support of Shriram. He donned a black armband and did a marathon on Rajpath. The next day this news was prominently published in the newspapers. The government took cognizance of this and then Shriram got a place in the team. Shri Ram did not disappoint his supporters. He won the silver medal in 800 meters. This was just the beginning of his illustrious career.

India got many medals

After this, he won gold in 800 meters and silver medal in 4X400 meters relay in Asian Games held in Tehran in 1974. He also became the champion of 800 meters in the 1978 Asian Games and once again won the silver medal in the relay. He made it to the final of 800 meters in the 1976 Montreal Olympic Games. In the qualifying round, he clocked 1:45.86 to set an Asian record which stood for 14 years. At the same time, this national record of his remained in India for 42 years. In the year 2018, Jinson Johnson broke his record.