What is good about the Indian men’s hockey team? Former veteran told the specialty, said this about winning a medal in Tokyo 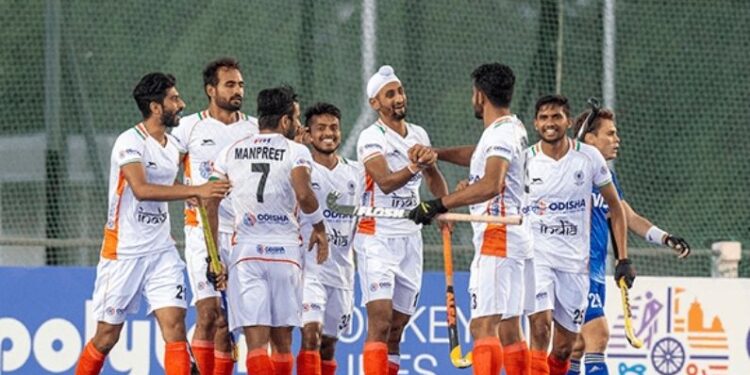 The Indian men’s hockey team has not won a medal in the Olympic Games since 1980 and there are high hopes for the team to win a medal this time.

Hockey fans in India are waiting for the decades-long medal drought in the Olympic Games to end soon. India has not won a medal in the Olympic Games since 1980. Every time the Olympic Games come, it is expected that the team will return after winning a medal this time, but it does not happen. This time, however, the Indian men’s team is going as a strong contender for a medal in the Tokyo Olympic Games and the whole country is also hopeful that this team will come with a medal this time. Former Indian men’s hockey team defender Dilip Tirkey has said that the Manpreet Singh-led team has many excellent players and they have a good chance of winning a medal.

Dileep has represented the Indian hockey team at the 1996 Atlanta, 2000 Sydney and 2004 Athens Olympics. Dileep said, “I have high hopes from the current Indian men’s hockey team. I think there are many great players in the team and they have a good chance of winning a medal in Tokyo. I would like to convey my best wishes to the team and hope they do well in this Olympics.”

Dileep said that a 1-1 draw against Poland at the Sydney Olympics in 2000 has always been a regret for him and the Indian team. He said, “We did well in the group stage in that Olympics. We played well against Argentina, Spain and Australia and we needed to beat Poland to go to the semi-finals but we couldn’t. These are very sad memories for us.”

The one who got the Indian women’s hockey team an Olympic ticket after 36 years, said a big thing about the current coach