What happened in the love of cricket? Sometimes soldier, sometimes guard, job in salon too 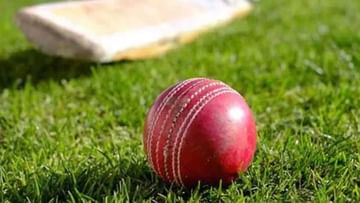 It was at the age of 17 when Dave Nurse, born in England, came to South Africa and then this gave rise to his dream of playing cricket.

They say that nothing is difficult if you make up your mind. Such is the story of Dave Nurse, a staunch stalwart of tune. The desire was to become a cricketer, so whatever obstacles came in the way, he faced them firmly. Became a cricketer, but before that, tried many other professions besides that. Dave Nurse was born 144 years ago on this day i.e. 25 January in England. when she was 17 years old south africa He came and then he fulfilled his dream of playing cricket.

Dave Nurse played cricket for South Africa for more than 20 years. He made his debut in 1902 and was a part of the South African team till 1924. During this, he achieved the feat of playing 45 consecutive Tests. For almost 40 years, he also spread his fire in first class cricket. He played his last first class match at the age of 57.

What did not happen in the desire of cricket?

Born in 1895, Nurse came to South Africa at the age of 17 as a drummer. Then became a cricketer. But even in the journey of becoming a cricketer, his life took no less turns. He worked as a soldier in his life, worked as a guard in the railways. Even worked in the salon. Apart from this, billiard markers and commercial travelers were also made. Meaning, in a single life, he had tried about half a dozen professions.

Dave Nurse played 45 Tests for South Africa, in which he scored 2234 runs at an average of 29.78. During this, 1 century and 15 half-centuries came out of his bat. Meaning his highest score was 111 runs. Apart from showing prowess with the bat, Dave Nurse also showed quickness in fielding and acrobatics in bowling. He took 43 catches anyway. Apart from that, he also took 41 wickets in 45 Tests. His best was to take 4 wickets for 25 runs.

Dave Nurse is not with us today. He died only in the year 1948. But if he had been alive today, he would have lived 144 years.