Was 16 years old when played the last test, just imagine at what age this player would have come in international cricket 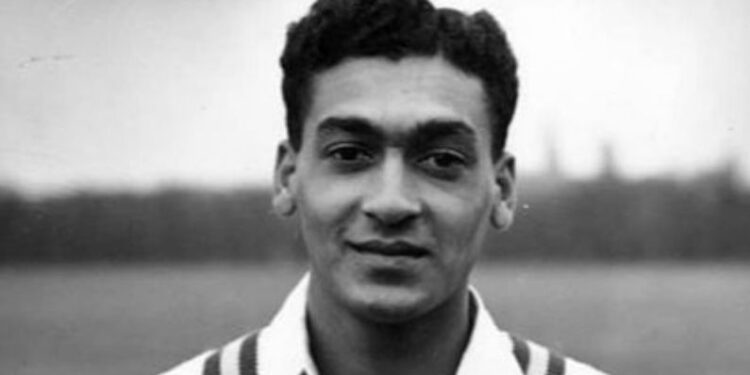 The world often gives examples of those who debuted in international cricket at a young age, but this player played his last test at the age of 16.

Khalid Hasan made his debut for Pakistan in 1954.

Every player dreams that he plays for the country as soon as possible and remains a part of the national team for a long time. But what if a player gets to play the last Test match of his career before he turns 17? Obviously it would be bad. But it is also worth noting here that if someone played the last test before the age of 17, when did he make his debut? And who is this player? This cricketer is from Pakistan and his name is Khalid Hasan. He made his Test debut on this day. He is no longer in this world but at a very young age he made an amazing record in Test that today we are all talking about him.

Khalid Hasan made his Test debut in 1954 against England. He made his Test debut at the age of 16 years 352 days. This match was played in Nottingham. At that time he became the youngest cricketer to make his Test debut. However, in later years, many more players broke his record by debuting at a younger age than him. In his first Test match, Khalid Hasan scored 17 runs and took two wickets. Khalid Hasan scored 10 runs in the first innings and seven runs in the second innings in the match. During this, he came to bat at number 10 and 11. At the same time, the two wickets he took were of Reg Simpson and Dennis Compton. Both of them scored centuries in this match. In this match, Pakistan had to face defeat by an innings and 129 runs.

International career over in four days

Khalid Hasan played 17 matches in first class cricket and scored 113 runs and also took 28 wickets. His first class career lasted only six years. That is, at the age of 22, his cricket career came to a complete halt.

read this also: This Indian cricketer became a bowler from wicketkeeper and opener, yet within 4 months out of Team India