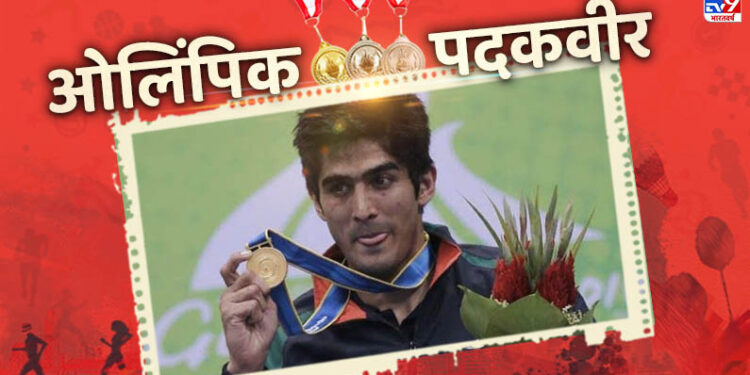 In the Olympics held in Beijing, Vijender Singh participated in the middleweight category and won the bronze medal. He was the first Indian boxer to win an Olympic medal for India.

In the year 2008, India’s star boxer Vijender Singh created history for India in the Beijing Olympics. Vijender won the bronze medal in Beijing, thus becoming the first boxer in Olympic history to win a medal for India. Vijender started boxing only in the greed of getting a government job, but brought historic success to the country in this sport.

Before qualifying for the Beijing Olympics in 2008, he found it difficult to participate in these games, as he was suffering from a back injury. But for this he worked very hard and made himself fit for the great Kumbh of sports. After this, Vijender participated in the middleweight category in the Olympics held in Beijing.

Vijender could not take part in Olympics in 2004

Vijender Singh wanted to participate in the Olympic Games of Athens 2004 by any means. He just wanted the Olympian tag to be put in front of his name. Although he was out of the competition after losing in the opening round of the qualifier tournament, the 18-year-old Vijender was determined to fulfill his dream in the next Olympics. He went even further than that. In 2006, Vijender Singh got a government job in North Western Railway. After this he had only one goal, he just wanted to win a medal in the Olympic Games. He wanted to achieve something that no one had ever done before.

Victory achieved in this way in Beijing

Along with the Olympic bronze medal, Vijender also won bronze medals at the 2009 World Championships and the 2010 Commonwealth Games. He won silver medals in the 2006 and 2014 Commonwealth Games. In June 2015, he became a professional player and due to this he could not participate in the 2016 Olympic Games. Vijender has not lost a single bout so far in professional boxing.

Video: Pakistani all-rounder is getting fiercely, shoddy statement on the star woman cricketer of her own country