Video: Pakistani all-rounder is getting fiercely, shoddy statement on the star woman cricketer of her own country 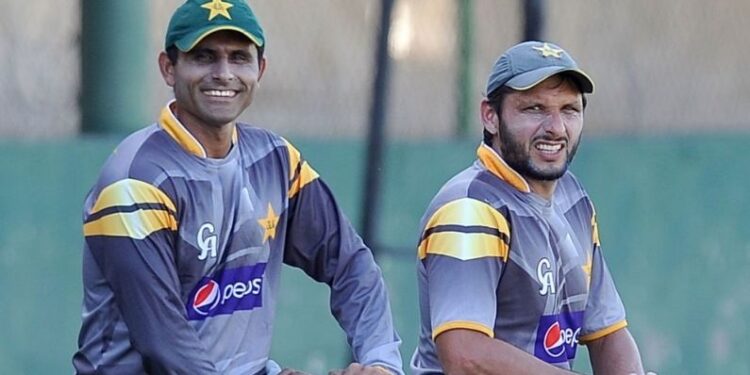 The most embarrassing aspect of this case was that instead of rebuking Abdul Razzaq for his shoddy statement, the other members of the panel and the audience started laughing loudly.

Pakistani all-rounder Abdul Razzaq is often in the news due to his controversial statements. (Photo: AFP/File)

Former Pakistan cricketers often remain in controversies regarding their statements. Whether it is a matter of making allegations against their own teammates or sometimes remarks about the Pakistan Cricket Board (PCB), Pakistani cricketers are associated with controversies. One such former cricketer is Abdul Razzaq. Former all-rounder Razzaq also keeps inviting controversies with his ul-jalul statements and once again he is in discussion for the wrong reasons. This time Razzaq has given a very shameful statement. The Pakistani veteran has said a bad thing about the senior female cricketer of his own country, due to which he has started getting scolded everywhere.

Recently, a video of Abdul Razzaq’s controversial statement regarding women cricketers is becoming very viral on social media. This video is from a television talk show, in which apart from some guests, Razzaq and senior all-rounder of the Pakistani team Nida Dar were also present. Meanwhile, there was a discussion on women’s participation in cricket, in which Dar said that girls are trying to make cricket a career and want to play more and more before marriage.

want to be equal to men

Responding to this, Razzaq started his shoddy statement. Razzaq said that women cricketers want to be equal to men and the feeling of marriage disappears from them. Razzaq said, “His field is like this. When I become a cricketer, I want to reach the level of men’s team and want that not only men can do it, we can also do it. So that (marriage) feeling is over. If you join their hands and see, then even this girl does not look like.

Will men ever shut up and mind their own business. Mr Razzak, you are cheap.

The even more embarrassing aspect of this shoddy statement was that instead of interrupting Razzaq as soon as he said this, the other guests and spectators present there started laughing at this. However, Nida Dar replied to Razzaq without hesitation that women cricketers also have to do gym, batting-bowling and practice because of their profession, so that the body remains strong.

Most wickets for Pakistan in T20

This video is from a show of last month. Nida is currently on the West Indies tour with the Pakistani team, where the T20 series is being played between the two teams. 34-year-old Nida made her debut for Pakistan in 2010 and since then has taken 103 wickets for her country in 108 T20 matches. At the same time, he has taken 72 wickets in 81 ODIs. If we talk about batting, then he has also scored 1207 runs in T20 and 1179 runs in ODIs.

Also read: India and Pakistan clash in ICC T20 World Cup 2021, both teams in the same group of Super-12