Video: A lot of kicks and punches went on during the cricket match, WWE changed the ground in the ring, was beaten with the bat 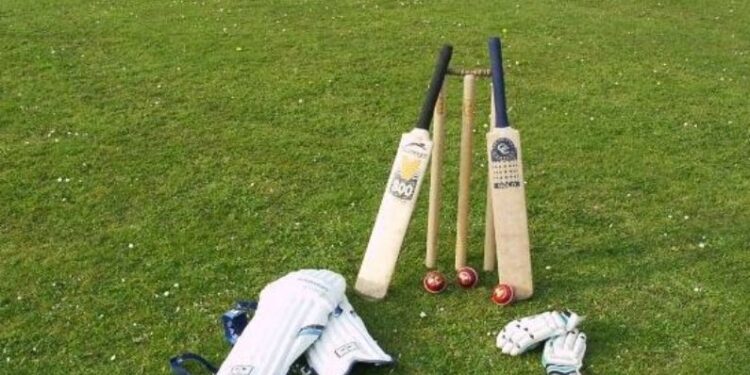 When the match being played for a good cause got out of control, no one knew and the situation got very bad, due to which some people got hurt.

Instead of passing the ball across the boundary, the bat was used to hit other players.

There is a fierce competition between bowlers and batsmen in a cricket match. Sometimes the bowler wins, then on most occasions the batsman smashes them. Usually this thrashing occurs only in the context of cricket and it results in the outcome of the match in the form of a loss, win or draw. Sometimes there is a slight heat-heat in the players and the verbal war becomes quite intense, but it does not happen until the situation reaches the beat. But the view that was seen during a cricket match in England, it will surprise everyone. It is not known when the ball-bat collision turned into a fierce fight during a match in Kent, England. During this, the bat played a lot, but instead of beating the ball, it kept falling on the body of the players playing the match.

A recent charity cricket match in Kent, United Kingdom suddenly turned into a WWE ring, with players kicking, punching, slapping and bat-bats at each other instead of hitting fours and sixes or taking wickets. The result was that the match was inconclusive. It had to be cancelled. kent online According to the report of the news portal, this match was being held at Mot Park Cricket Club and its purpose was to raise help for medical treatment in Pakistan and Kent.

Dropped on the ground, the video went viral

According to the report, the match was being played between Gravesend and Medway when some debate started and on sight it turned into a scuffle between the two groups instead of a cricket match. There was a lot of fighting and there was a lot of commotion. During this, some women also entered the middle ground and were seen trying to separate the fighting miscreants. Someone present in the field made a video of this entire fight and posted it on Twitter, which is becoming very viral.

A charity cricket match was abandoned after a fight that saw players striking each other with bats broke out between two teams. pic.twitter.com/NcPGRmYA8s

The miscreants who came from outside fought: Organizer

At the same time, the organizer of this tournament, Shahzad Akram was disappointed with the incident. He said that his efforts to garner help through charity matches were ruined by some miscreants. He told that in the last over of the final match some people entered from outside and they started this whole fight, after which the match had to be cancelled. Some people got hurt in the incident, but the reason for the dispute and fight could not be ascertained.