Victim of racial remarks, this England footballer took a dig at the critics, said – I will not say sorry for this 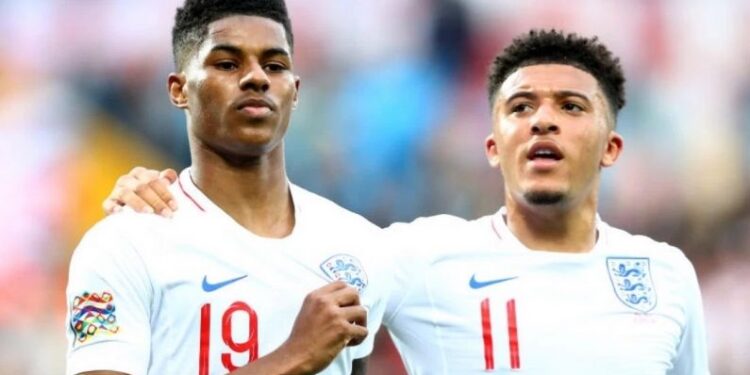 In the final of the Euro Cup, three England players could not score on the penalty and after this racial comments were being made about them on social media.

The England Football Team was defeated by Italy in a penalty shootout in the final of the Euro Cup-2021. Racial comments were made after this match on three England players who missed the penalty in this match. Marcus Rashford, Jadon Sancho and Bukayo Saka failed to score on penalties and England lost 2-3 on penalties. England team manager Gareth Southgate brought Marcus and Sancho to the field in the last moments of extra time to take a penalty, but his move did not prove to be effective. After this, a series of racial remarks against these three started on social media.

Now Marcus has fiercely reprimanded those people who have made racial remarks through Twitter. He wrote, “My penalty was not good, it should have gone inside the net. But I will never apologize for who I am and where I come from.”

no words to describe

Marcus said that why he could not take the penalty, this thing is bothering him a lot. He wrote, “I was asked for a penalty just for my contribution to the team. I can hit a penalty even in my sleep, so why not? This is going through my mind and since I hit the ball, I can’t express how I feel. fine. 55 years. a penalty. history. I can only apologize. I wish I could do something different.”

Marcus got Vaughan, de Villiers back

This tweet of Marcus has got the support of former England cricket team captain Michael Vaughan and former South Africa captain AB de Villiers. Both of them have given their reaction to Marcus’s tweet. De Villiers, reacting to Marcus’s tweet, wrote, ‘Respect’. At the same time, Vaughan has tweeted two heart emojis on his tweet.

England’s young batsman Sam Billings has also given his reaction to Marcus’s tweet. He wrote, “What a wonderful person! Role model for all of us.”

There was a wave of mourning in the sports world on the death of Yashpal Sharma, the hero of World Cup victory, veterans paid tribute