Venkatesh Prasad’s big disclosure about Deepak Chahar, Greg Chappell will get angry after hearing this 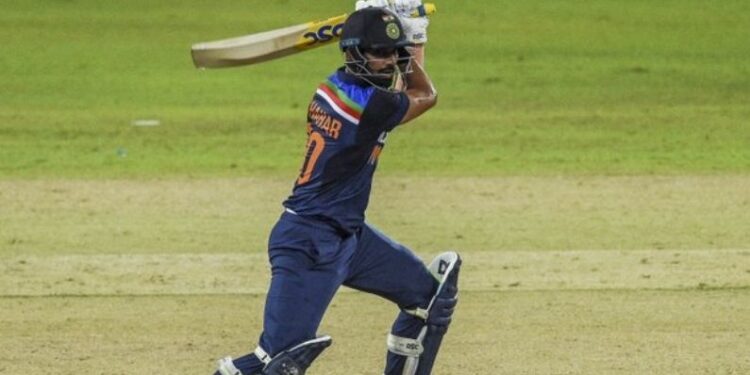 Deepak Chahar played a brilliant half-century at the crucial time in the second ODI against Sri Lanka and led Team India to victory.

Deepak Chahar scored the first half-century of his international career against Sri Lanka.

The Indian cricket team defeated Sri Lanka in the second ODI. The hero of this victory was Deepak Chahar. Chahar played a belligerent innings while fighting in a difficult situation and had become a hero to win the team the first half-century of his ODI career. But former India fast bowler Venkatesh Prasad has made a disclosure about him. Prasad has said that former India coach Greg Chappell once rejected Chahar. Greg Chappell, during his stint with the Rajasthan Cricket Academy, had asked him to leave cricket and find some other work.

Prasad is referring to the time when former IPL chief Lalit Modi made him the director of cricket of the Rajasthan Cricket Academy after Chappell resigned as the coach of the Indian cricket team. Prasad tweeted, “Due to the stature of Deepak Chahar, Greg Chappell asked him to find another job by dismissing him at RCA. He won the match on his own while basically he is not a batsman.

Don’t give preference to foreign coaches

Deepak Chahar Was rejected by Greg Chappell at RCA for his height and told to look at a different occupation.
And he single handedly won a match with not even his primary skills.
Moral of the story- Believe in yourself and don’t take overseas coaches too seriously. pic.twitter.com/cByzg9uorj

In the second ODI against Sri Lanka, India had got a target of 276 runs. India lost their seven wickets for 193 runs. With this, the crisis of defeat was looming on him, but Chahar and Bhuvneshwar Kumar made a great partnership of 84 runs to snatch the victory from Sri Lanka and handed it over to India. With this, India took an unassailable 2-0 lead in the three-match ODI series. Medium pacer Chahar also took two wickets with his bowling and then scored an unbeaten 69 off 82 balls with the help of which India won the match by three wickets.

Rishabh Pant returned after winning the battle with COVID, joined Team India in Durham, can take part in the second practice match