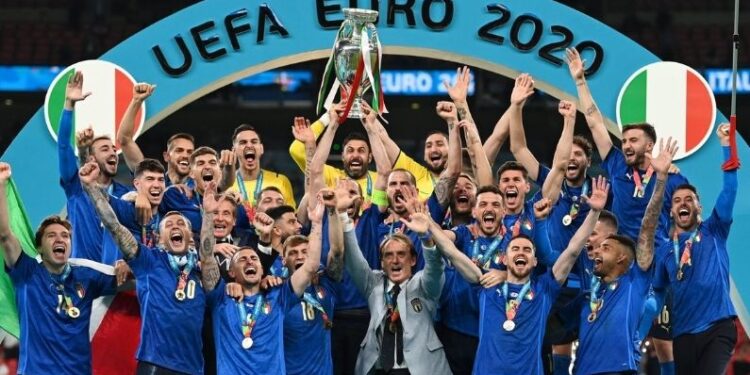 Italy vs England UEFA Euro 2020 Final: Both the teams were tied at 1-1 till the scheduled time and no goal could be scored in extra time.

Italy won the title of European Champion for the second time.

Italy has become the new king of European football. In the final match of UEFA Euro 2020 held at Wembley Stadium in London on Sunday night, Italy won the European Champions title by defeating hosts England 3-2 in a penalty shootout. In this fiercely contested final, no one could separate the two teams in 120 minutes of play and the match was tied 1-1, after which the decision was made in a penalty shootout, where England lost 3 chances and Italy took the title. . With this Italy became the European champion for the second time. He won this title for the first time in 1968. On the other hand, the dream of becoming the champion of the England team, playing the final of the Euro Cup for the first time, was shattered.

In the presence of more than 60,000 spectators at Wembley, Italy and England had a chance to create history and forget old memories. Italy had to face defeat in the finals in 2000 and 2012, while not being able to qualify for the 2018 World Cup was a different humiliation. At the same time, England had a chance to end the 55-year drought. For the first time since winning the World Cup in 1966, an English team had come so close to becoming champions. But this could not happen. Italy won all 7 matches played in the tournament.

Shaw’s stormy goal in the second minute itself

The first half of the final itself was very attacking and both the teams started scoring goals from the first minute itself. England took advantage of this. The hosts made a sensational start to the match and took the lead on counter attack in the second minute itself. Left wing back Luke Shaw hit the right wing back Kieran Trippier’s cross with a hard left foot to give England a 1-0 lead. Even after this, both the teams attacked for a long time. 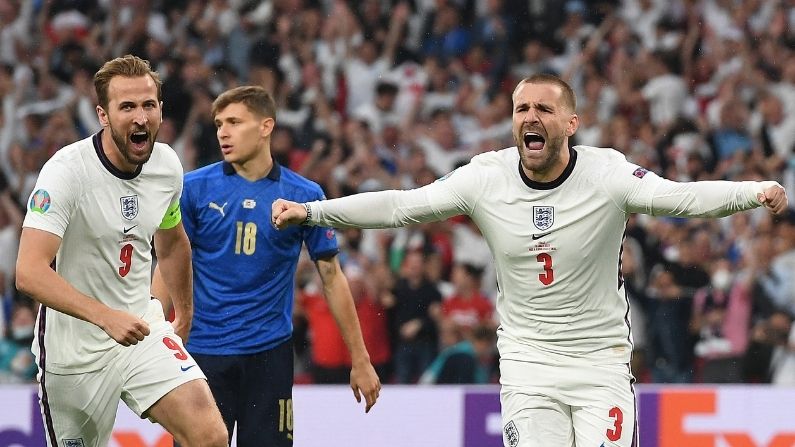 Euro 2020 Final Italy Vs England Live Score: Luke Shaw scored in the second minute to give the team the lead. (Photo: AFP)

England dominated for the first 20-25 minutes and it was from here that Italy started the comeback which continued till the second half. Italy looked more attacking near the end of the first half, but England’s defense did not allow it to succeed and the first half ended 1-0 in favor of England.

In the second half, Italy’s coach Roberto Mancini made two changes simultaneously in search of a goal. In the 55th minute, Manchini brought in Domenico Berardi in place of striker Chiaro Immobile. While midfielder Nicolo Barella has been replaced by Brian Crescent. Shortly after, in the 62nd minute, a forceful shot from inside the box by Federico Keeza was well saved with one hand by England goalkeeper Jordan Pickford diving to his left.

Italy benefited from the constant pressure and in the 67th minute, Italy’s defender Leonardo Bonucci scored the ball in the goal and leveled the team. 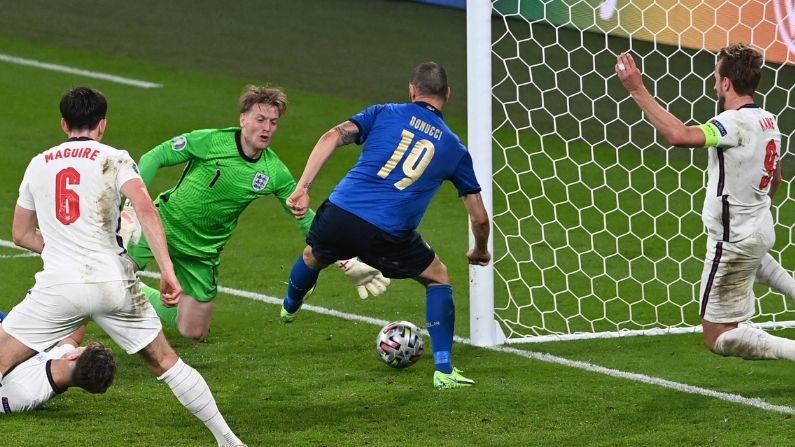 Euro 2020 Final Italy Vs England Live Score: Leonardo Bonucci scored the equalizer for Italy in the second half. (Photo: AFP)

In the second half, Italy dominated completely and kept attacking England’s goal several times. England looked defensive most of the time in this half. However, neither team could score a goal and the match went into extra time. Here too both the teams tried a lot, but success did not come in the hands of anyone and the decision was taken by penalty shootout.

For Italy, Berardi took the first penalty and achieved the success. Captain Harry Kane came first for England and converted it into a goal. Italy missed on the second penalty. Belotti’s shot was blocked by goalkeeper Jordan Pickford. England took the lead here. Harry Maguire scored for the team.

Everything changed with the third penalty. For Italy, Bonucci scored with a precise shot, but Marcus Rashford, who came for England, hit his shot on the goalpost. After the penalty, both the teams were tied at 2-2. 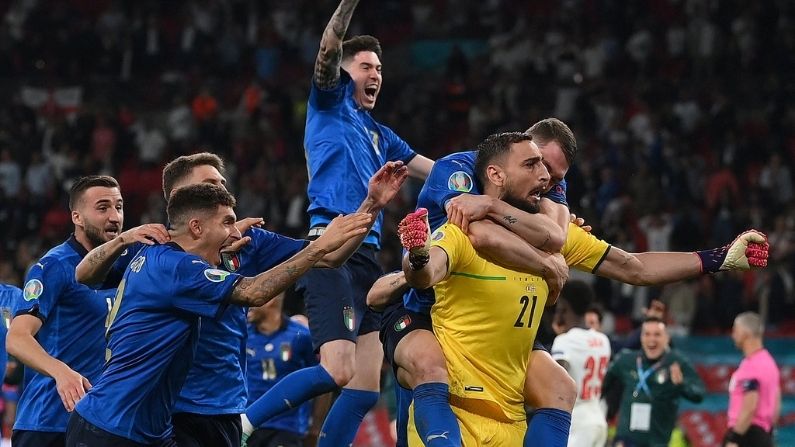 Bernardeshki, who came to take the fourth penalty, did not make any mistake in scoring. At the same time, the shot of young player Jaden Sancho, who came on the field just a minute before the shootout, was saved by Italy’s goalkeeper Gianluizzi Donnarumma with a dive. Italy leads 3-2. Georginho came in for the last penalty for Italy, but Pickford made another good save and gave his team a chance. 19-year-old Bakayo Saka came for the final penalty, but his shot was also blocked by Donnarumma and Italy won the title with a 3-2 shootout.