Two players against Team India in England, came out to play for the opposing team, had to suffer 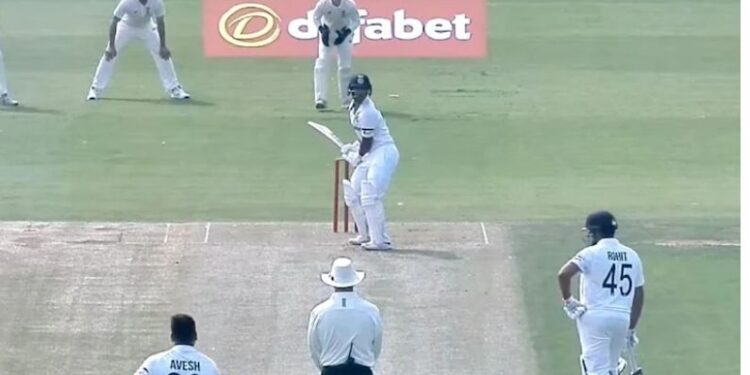 This is the first warm-up match of the Indian team before the start of the Test series against England from 4 August. The second practice match will be played at the end of the month.

In the match between India and County Select XI, Avesh Khan came out to play in the opposing team.

On one hand the Indian cricket team is playing ODI and T20 series in Sri Lanka and on the other hand a team is on a tour of England. On July 20, two different teams of India landed to play in two different countries. Team India, captained by Shikhar Dhawan, landed in the second ODI against Sri Lanka and the Indian team led by Rohit Sharma for the first class match against County Select XI. Names like Virat Kohli, Ajinkya Rahane and Ishant Sharma did not play in this match. In this three-day match at Chester Lee Street, two players from India were seen playing in the Select County XI. Fast bowler Avesh Khan and all-rounder Washington Sundar landed for the County Select XI against India. Avesh Khan then started the bowling against India.

Many people wondered why only two Indian players are playing against the Indian team. Actually, this decision was taken as a part of getting maximum players to practice before the Test series against England. Also commentators told that a player from County XI had come in contact with a Corona positive person. Because of this he got away from the match. While one player got injured. In this way, only 12 players were left in the 14-member County XI team.

In such a situation, Avesh Khan and Washington Sundar were included in the County Select XI. Now he will play against India only. However, during breaks like lunch or tea, he will be a part of the Indian dressing room. During the match, both of them were also wearing the jersey of Team India. Avesh Khan, however, initially looked stunned during the bowling. He bowled very scattered. On this, Mayank Agarwal hit four fours from his first three overs. In the first day’s play, till lunch, Avesh bowled seven overs and conceded 28 runs with two maidens. He didn’t get any wicket. Washington Sundar did not bowl till lunch.

read this also: Sri Lankan cricketer became pauper between IND vs SL series! There is no money to repay the loan, the players are postponing marriages