Two hockey teams can get gold medals in Tokyo Olympics, know what the new rules say? 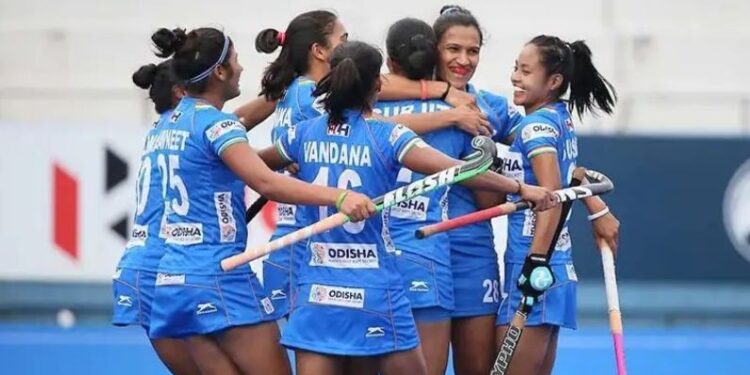 24 hockey teams are going to participate in the Tokyo Olympics 2020. In both the men’s and women’s categories, 12-12 teams will compete for the gold.

Both Indian hockey teams are participating in the Olympics.

The Tokyo Olympic Games, starting a week later, will be different in many ways. New rules and regulations are being implemented in these games being organized in fear of Corona. The rules of almost every game have been changed a little in view of the threat of Corona. The International Federation of Hockey FIH has also made some important changes regarding the medal winner.

Troubled by many ‘ifs’ in organizing the hockey event in the Olympics, the International Hockey Federation said on Friday that if the hockey final at the Tokyo Olympics is canceled due to Corona infection cases, then both teams will be given gold medals. FIH Chief Executive Officer Thierry Weil said that the teams would have the right to withdraw from the hockey competition due to Corona cases.

Describing the Tokyo Olympics as different from ordinary games, she said that she can play even if there are cases of corona in the team. He said that there is a lot of ‘if but’ about the rules which need clarification. He expressed hope that such a situation will not come when a team will have to withdraw its name due to Corona.

He said in the virtual press conference, ‘This game is different from ordinary games. These will be recorded in Olympic history. It’s not like the Olympics before. All the players and those concerned are aware that their health and that of the people are at stake.

When asked about the rule regarding the withdrawal of the names of the hockey team due to Corona, he said, ‘No figure is fixed. It depends on the team. The team can play even if there are six, seven cases. Only if the entire team is affected, there will be a chance to withdraw the name. According to the Sports Special Rules (SSR) formulated by the FIH, if a team is unable to play a pool match, the other team will be deemed to have won 5–0. If both teams fail to play, it will be considered a goalless draw. Teams can play the rest of the pool matches.