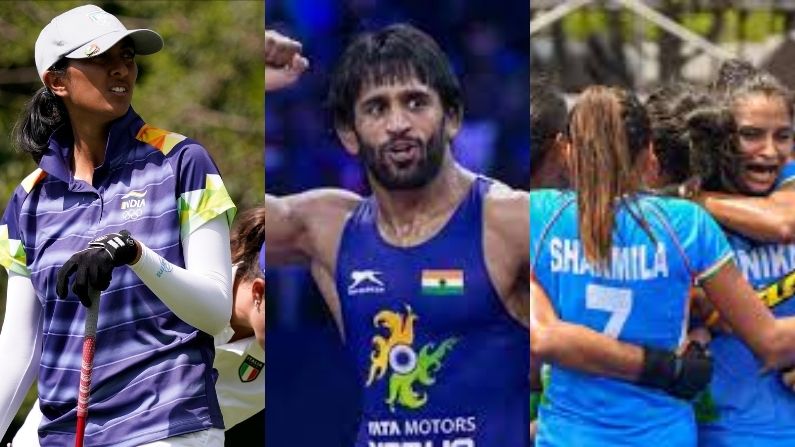 Today can be a historic day for India because today the women’s hockey team has to play a bronze medal match and if it wins, it will be the first Olympic medal for the women’s team.

The focus will be on the women’s hockey team, Aditi Ashok, and Bajrang Punia

On Thursday, the Indian men’s hockey team ended a four-decade-long medal drought by winning a bronze medal in the Tokyo Olympics-2020. Inspired by the same victory, on Friday, the Indian women’s hockey team will take on Great Britain in the bronze medal match and would like to create history by winning their first Olympic medal. India can get this good news this morning. At the same time, Bajrang Punia, one of India’s biggest medal hopefuls in wrestling, will start his campaign. Today all eyes will also be on female golfer Aditi Ashok. They have shown a great game in the first two days and are joint second. The third day is going to be very important for them.

India has just won five medals in the Tokyo Olympics and today it has a chance to match its best performance in the 2012 London Olympics. Apart from hockey, wrestling and golf, today India will try its luck in athletics.

Wondering what else is lined up? Check the full schedule 👇🏻 for 6 Aug and don’t forget to #Cheer4India#Olympics pic.twitter.com/755o79jvHB

India’s schedule for the Tokyo Olympics on Friday is as follows. (Indian time)

Beginning at 8 am: Seema Bisla vs Sarra Hamdi (Tunisia), Women’s freestyle 50kg, second match after the start of the repechage round.

FRA vs DEN: Entry of champion France in the next round, Mbappe won over Denmark

Belarus Foreign Minister Vladimir Makei has passed away at the age of 64. He…