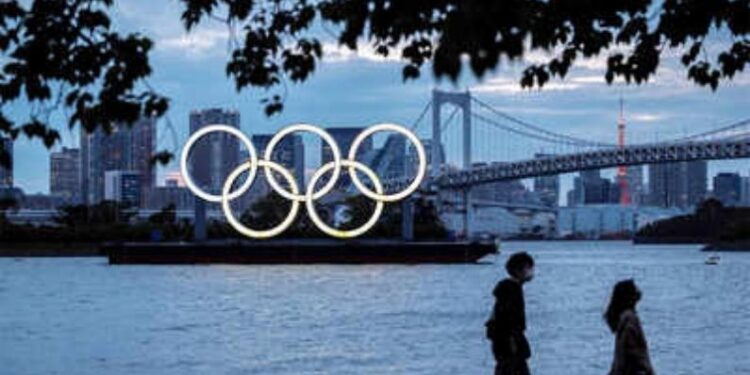 The Tokyo Olympic Games were to be held last year but due to COVID, these games were postponed for a year.

Tokyo Olympics to begin on July 23 this year

There is only one week left for the start of the Tokyo Olympics-2020, but in such a situation, the troubles are not decreasing for the hosts. A Ugandan athlete went missing from western Japan on Friday, raising questions about the Japanese hosts. At this time, in the same way, there is a havoc of COVID-19 in the country, due to which there has been opposition to these games. In such a situation, the disappearance of a player is a new headache for the hosts. The missing player is 20 years old and he was training in Osaka. He was part of the nine-man team of Yungada.

The teammates realized that their partner was missing since Friday afternoon. They found that his saliva sample test report had not come and that his hotel room was empty. There was no training on Friday morning and he was last seen in his own room early in the morning.

information given to police

When this 20-year-old player was not found in the hotel, the police was informed. The official said that there is no 24-hour surveillance in the hotel so no one knows when and how he went out. The Ugandan team is on Japan’s Health and Surveillance System. After arriving here on June 19, a member of his team was found to be COVID-19 positive at Narita International Airport while eight members of his team traveled 500 km to reach Izumisano where their pre-Olympic camp was to be held.

A few days later, another member of a team from East Africa was found infected with COVID. After this, seven officers and the driver who came in contact with him also had to be isolated. Health officials said that both the infected people of the Ugandan team have the delda variant. The quarantine period of both the members was over and on July 7, the team started training.

one year was postponed

Due to this, India got victory in the quarter finals of 2011 World Cup, Suresh Raina opened the secret