Tokyo Olympics 2020: The plane shot in the head still did not let the plane crash, the story of the Olympic gold medalist’s bravery 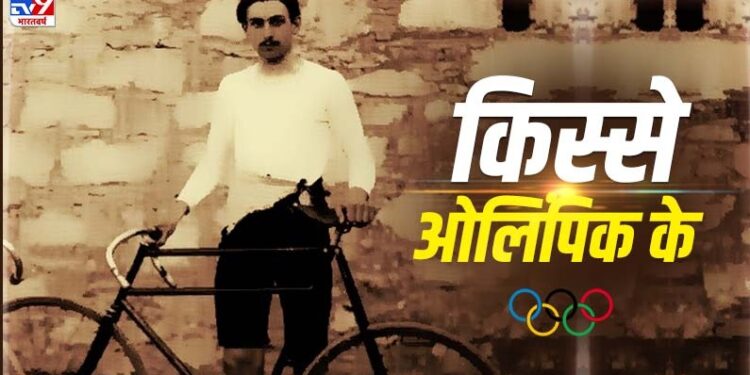 Leon Flameng of France won three medals for his country in the 1896 Olympic Games (1896 Olympics Games). He was also attached to the army of his country.

Leon Flemung participated in the 1896 Olympics

When the Olympics started in 1896, people were not very serious about sports. Today, the way the help of science is taken to improve the players, the way the government encourages the players was not there then. People associated with sports at that time were often associated with some other profession as well. Leon Flemung had a similar story too. During the First World War, he had come very close to death, but the way he defeated people did not believe in him.

Leon Flemung was born on 30 April 1877. Apart from being an Olympian, he was also a pilot in the French Army. Flemung took part in the Olympic Games held in 1896. He won three medals there. He won gold in 100 km, silver in 10 km and bronze in 2 km sprint. With this performance, he became the hero of the country. Although he had to fulfill more responsibility for the country in his life.

Saved his own life even after being shot

In the 100 km race of 1896, the Neo Faliron had to make 300 rounds. 11 players took part in this event and gold was in the name of Flemung. In the 10 km event, his compatriot Paul Masson came very close to him and won the gold by defeating Flemung. Neo Faliron had to make six rounds in the sprint race but he could only win the bronze medal in this event. He won two more medals in the same sports arena.

Flemung joined the army only in 1898. After a few years of training, he joined the French Air Force in 1914. He has been made an army pilot during the First World War. On 21 June 1916, he was on a mission in Verdun, France during World War I. He was attacked at the same time. He had been shot in the head. For this reason the plane was also going to crash. All his comrades were dead but he somehow managed to get the plane to the base and save his own life. After this he was promoted and made him a part of the training group. Although he died from the plane itself. He was trying the Eve plane, however due to a technical fault, the plane crashed.

The first modern Olympic Games were held in Greece

The first Modern Olympic Games were held in the Greek capital Athens in 1896. At one time it seemed that due to financial problems, the games would move out of Athens to Budapest, the capital of Hungary. It was previously decided that the first modern Olympic Games would be held in Paris in 1900. But four years ago, Athens was chosen to organize the Olympic Games. Among these Olympic sports were tennis, track and field, weightlifting, cycling, wrestling, archery, swimming and gymnastics. Cricket and football competitions were canceled because there was a shortage of teams participating in these matches. The winners of the competition were given a silver medal, a certificate and olive leaves. Bronze medals were given to the players who came second, while the players who came third had to return empty-handed.

Gail Devers won the most exciting race in Olympic history, where 5 players were involved in the photo finish