Tokyo Olympics 2020: Sumit Nagal will get this player’s challenge in the first round, this pair will be in front of Sania-Ankita 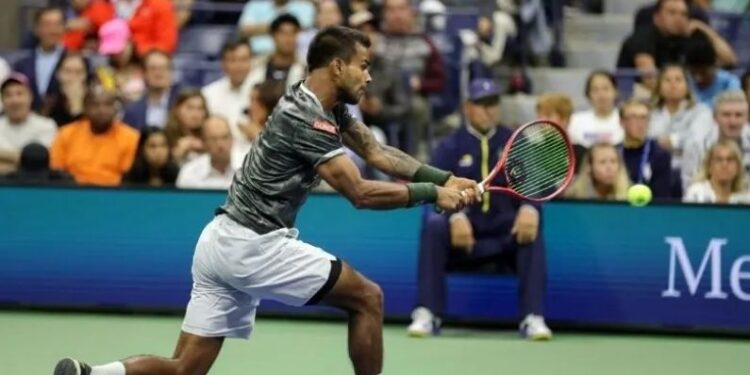 The tennis draw of Tokyo Olympics-2020 has been announced and with this it has been known whose challenge the Indian players will have to face.

Tennis draw has been announced for the Tokyo Olympics-2020. Indian men’s tennis player Sumit Nagal is also taking part in the Games in the capital of Japan and will face Denis Istomin of Uzbekistan in the first round of men’s singles category. Nagal got a ticket to Tokyo last week after naming several players. He will face lower-ranked Istomin in the first round, according to Thursday’s draw.

Nagal, ranked 160th in the world rankings, could play second-seeded Daniil Medvedev of Russia in the next round if he wins the first round, who will take on Alexander Bublik in the first round.

Sania-Ankita will get their challenge

India’s pair is also competing in the women’s doubles category at the Tokyo Olympics. In this category, six-time Grand Slam champions Sania Mirza and Ankita Raina will face Ukraine’s Nadia and Yudmila Kichenok in the first round. When Sania returned to the court after a maternity break, Nadia was her partner at the Hobart Open last year.

Such is the draw in the women’s singles category

Second seed Naomi Osaka of Japan will play China’s 52nd-ranked Zheng Saisai in the first round of the Tokyo Olympic tennis tournament, her first match in two months. Osaka, a strong medal hopeful at the Tokyo Olympics, withdrew after the first round of the French Open citing mental health reasons. Osaka could face 16th seed Kiki Bertens in the next round, whose last tournament of her career. She can then play in the quarter-finals against 2020 French Open champion Inga Sviatec. Top seeded and recent Wimbledon winner Ashleigh Barty will face Spain’s Sara Tormo in the first round.

Delien will be in front of Djokovic

Many veterans withdraw their names

Many veteran players of the tennis world have withdrawn their names from the Mahakumbh of the Games. Roger Federer, Rafael Nadal, Dominic Thiem, Mateo Beretini and Denis Shapovalov are not playing in the men’s section. At the same time, Serena Williams and Simona Halep will not play in the women’s category.

Tokyo Olympics 2020: Neeraj Chopra was challenged by a friend, said- To overcome me…