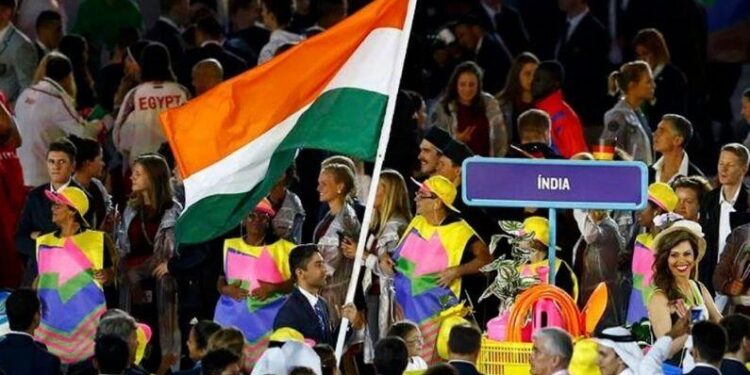 Withdrawing once due to Coronavirus, but facing it for the second time, the Tokyo Olympics is going to prove to be a memorable experience for the players and sports lovers around the world.

The opening program of the Tokyo Olympics 2020 will be held on Friday 23 July.

After five years of hard work, blood and sweat, tears and sacrifices to stay away from families… After going through all these and traveling to the highest level of sports, now the time has come for the real test. The same examination for which these years of hard work and especially the confusing situation of the last one year forced to face physical and mental ups and downs. The official announcement of the start of Tokyo Olympics 2020 will be made on Friday 23 July at 4.30 pm Indian time. With this, the era of doubt, apprehension and confusion that has been created for more than a year will end and thousands of athletes from all over the world including India will get the biggest opportunity to showcase their ability and hard work. You will get a chance to write your name in history and make your country and family feel proud.

Even a day ago, due to the coronavirus pandemic infection, discussions were going on about the start of the Tokyo Olympics, and now all this will come to an end on 23 July, when thousands of athletes and officials from more than 200 countries will be held in Tokyo’s main Olympic Stadium. Will descend for the opening ceremony and announce the start of the Olympics by waving the flag of their respective country. With this, for the next 16 days, the world’s best athletes will delight, surprise and entertain the sports world with their astonishing performances.

Tokyo 2020 Message to Deal with Troubles and Move on

By the way, on July 21, the Olympic Games have started. The softball and football matches have started, but after the inaugural program of 23 July, the games will formally start and the medal race will start from 24 July. These Olympics are very special for the whole world including Japan. Battling the threat of the Corona epidemic, they are being held despite a year’s delay and pressure to cancel. The organization of this Olympics is a message to overcome difficulties and move forward and that is why they are very special.

Japan hosted the Olympics for the first time in 1964, 19 years after the double nuclear attack and showed the world its progressiveness and belligerence. Things are different this time, but the message is the same. Japan has spent a lot this time too. Also, for the first time, all events will be organized without spectators and there will be no one in the stadiums to increase the enthusiasm of the players. Still, the chance to represent the country in the Olympics is enough to boost the enthusiasm.

What and why is Tokyo 2020 special for India?

From India’s point of view, these Olympics are even more special. This time 125 Indian athletes have reached Tokyo to stake claim in the Olympics, which is the largest contingent in Indian history. Only the party is not the biggest, but there is a special party. India is going to present its claim for the first time in sports like fencing and horse riding. For the first time, three-three swimmers will show their skills for India in the swimming pool. Most shooters will aim their perfect target this time in the range. From boxing to wrestling and badminton, Indian stalwarts will lay down their lives to illuminate the name of the country. Then there is hockey, in which the Indian team is going stronger and with better expectations in both the women’s and men’s sections than the previous occasions. Obviously, this time the expectation of the highest number of medals in Indian history is also expected, which seems real. That’s why these Olympics are special.

The weight of 130 crore hopes on these stalwarts

Although India’s campaign will start with the qualifying round of archery on 23rd July, but the real and big start of the medal bouts is going to start from 24th July. Everything went as expected and luck favored it, so early in the morning when crores of Indians would be starting their day, sitting at the breakfast table and watching news channels or Olympic matches, a gold in the country’s account. The medal would have arrived. The shooting competitions are starting on 24th July and on the very first day there will be finals for women’s 10m air rifle and men’s 10m air pistol. In both these events, India is expecting a gold medal or at least two medals. In shooting, India has players like Apurvi Chandela, Saurabh Chaudhary, Manu Bhaker, Sanjeev Rajput, from whom medals are expected.

Apart from these, from July 24, both women’s and men’s teams in hockey, sports like boxing, badminton, table tennis, archery will also start. In boxing, there are expectations from bigwigs like Amit Panghal, MC Mary Kom, Manish Kaushik. On the other hand, India’s biggest hope in badminton is Rio Olympic silver medalist and world champion PV Sindhu. Under the leadership of Deepika Kumari, who made a splash in the recent World Cup, archers can also do some miracles. At the same time, after shooting and boxing, India’s biggest bet is in wrestling, which will start from August 3. For India, wrestlers like Vinesh Phogat, Bajrang Punia and Ravi Dahiya are handling the medals.

How much success India will get, how many medals will come or there will be a situation like Rio 2016 under the weight of expectations, it will now be known only from July 24, but it is certain that Tokyo Olympics 2020 will be forever in the memories for the world including India and They will have a special place.

Also read: Tokyo Olympics 2020 Schedule: When, where and at what time Indian players will challenge, see full schedule