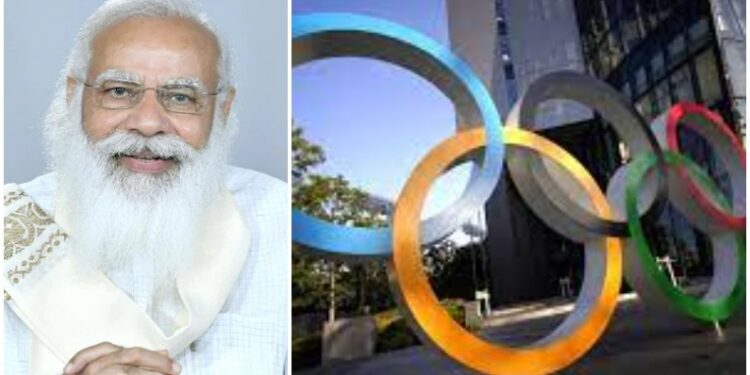 The purpose of meeting with Prime Minister Narendra Modi will be to encourage, encourage the enthusiasm of Indian athletes for the Tokyo Olympics.

Prime Minister Narendra Modi will meet Indian athletes today at 5 pm. The information of which has been given by the Indian PM himself from his Twitter handle. It is reported that this conversation between PM Modi and the athletes will be done through video conferencing.

At 5 PM this evening, I look forward to interacting with our athletes who would be representing India at @Tokyo2020. Each of them has an inspiring life journey and I am sure what they would share would interest you all. Do watch the interaction. #Cheer4India

126 players will participate in 18 sports

Indian players will be seen participating in a total of 18 sports in the Tokyo Olympics. This time the total number of athletes is 126 which is the highest ever number of athletes participating in any Olympics from India. India’s highest medal hopes in Tokyo are in events like shooting, archery, and wrestling. India’s female archer Deepika Kumari has increased her medal hopes in this event by becoming world number one just before the Tokyo Olympics.

PM Modi recently took stock of the preparations being made for the facilities of Indian players in the Tokyo Olympics. He also mentioned the inspirational journeys of some athletes in his radio program Mann Ki Baat. Along with this, he had also called upon the people of the country to come forward and wholeheartedly support the players going to participate in the Olympics. After that, now he will be seen mingling with them for one last time with the aim of increasing the enthusiasm of the players.