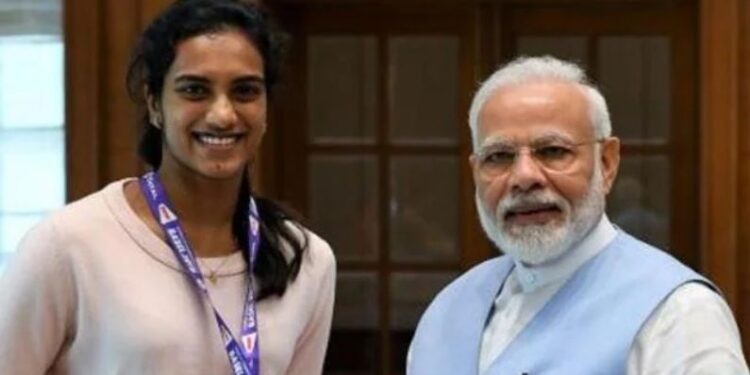 During this, PM Modi told the Indian players that they do not have to be burdened with expectations, but aim to perform at their best. The best wishes of 135 crore countrymen are with him.

PM Modi has wished PV Sindhu ahead of Tokyo Olympics 2020.

Prime Minister Narendra Modi spoke with badminton star PV Sindhu, who is going to play in the Tokyo Olympics 2020, on 13 July. Along with wishing Sindhu all the best for the Olympics, she also made a promise. PM Narendra Modi talked about having ice cream with Sindhu after the Tokyo Olympics. During the conversation, he told Rio Olympic silver medalist badminton player PV Sindhu, “Coach Pullela Gopichand had said in an interview that he had taken your phone before the Rio Olympics. You got rid of ice cream so is the ice cream still off or not?’ On this the badminton star said that she controls. Due to sports, fitness has to be taken care of. Due to the preparation for the Olympics, the diet has to be kept right. In such a situation, she only occasionally eats ice cream.

PM Modi said – do not be burdened with expectations

During this, PM Modi told the Indian players that they do not have to be burdened with expectations, but aim to perform at their best. The best wishes of 135 crore countrymen are with him. He said, ‘You don’t have to be burdened with expectations. You have to give your 100 percent. The best wishes of the whole country are with you. I am sure you will make the country proud in Tokyo. The sentiments of the whole country are attached with you. On seeing all of you together, some things are seen in common. Bold, confident, positive, discipline, dedication and determination. This is also the quality of New India and you are all symbols of it. All of you from different places are going to play for the country as a team.

read this also: Tokyo Olympics 2020: Became No. 1 archer while playing with bamboo bow, told his story to PM Modi