Tokyo Olympics 2020: Playing with 6 Polish swimmers, returned from Japan due to federation’s mistake 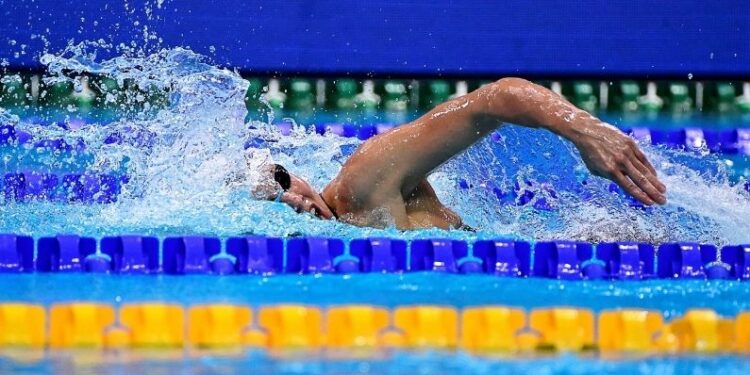 The President of the Federation has apologized for this mistake, but these Polish swimmers are furious and have signed a petition demanding the resignation of the entire Federation.

Two-time Olympian swimmer Elitza Thuch is also among the six players who have been returned. (File Photo: AFP)

The hopes of many athletes to take part in the Tokyo Olympics 2020 have been broken due to different reasons. Some could not qualify, then some had to withdraw their name due to injury some time back. Two players have withdrawn their names after being infected with the coronavirus after reaching Tokyo, but 6 athletes from Poland had to pull out of the Games for a very strange reason. That too, when he had reached Tokyo and then he was returned from there. This is the case of the Poland Swimming Team, whose 6 members had to return from the host city of the Games and came to their fate, only their anger, frustration and tears.

According to the information, Poland’s Swimming Federation sent 23 of its swimmers to Tokyo to take part in the Olympic Games, but after reaching Tokyo, 6 of these swimmers had to return to the country. Reason – More than the prescribed number of members. Poland’s swimming team had additional swimmers in accordance with the qualification rules set by FINA, the global swimming body for the Olympics, which led to the return of 6 members to Japan and only 17 members allowed to take part in the Olympics.

Angry swimmers asked for the resignation of the federation

He also said that the federation aspired that more and more swimmers and coaches could go to Tokyo and in this attempt this mistake was made. However, the affected swimmers are deeply hurt by the current situation and are demanding action by the federation. According to a report, veteran swimmer Alitja Tchorz, who participated in the 2012 and 2016 Olympics, is also among the 6 players who have been sent back. Several Polish swimmers have signed petitions and demanded the immediate resignation of the entire board of the federation.

Also read: Before Tokyo Olympics, India got world champions in wrestling, Aman and Sagar won the gold of the cadet championship