Tokyo Olympics 2020: Players from Chile and Netherlands are also in the grip of Corona, so far 6 cases have been reported in the sports village 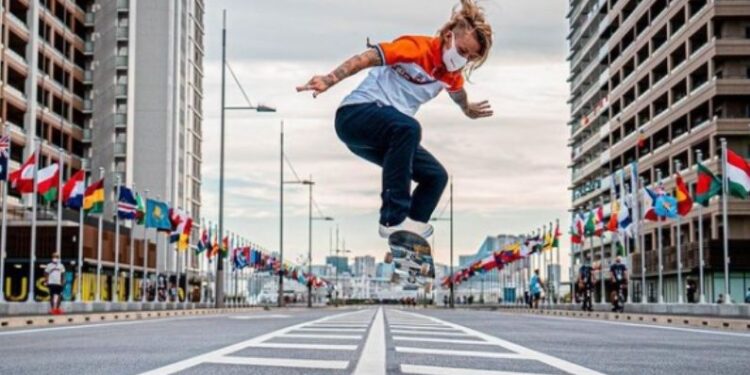 So far 6 cases of corona have been reported in the Tokyo Olympics sports village. Due to increasing cases, the organization of these games is under threat.

Candy Jacobs was about to take part in a skateboarding event

Now only two days are left for the Tokyo Olympics, but the cases of corona constantly coming to the fore have increased the concern of the organizers as well as the players. On Wednesday, Chilean Taekwondo player Fernanda Aguirre and Netherlands skateboarder Kendy Jacobs were ruled out of the Olympic Games after being found to be COVID-19 positive.

Fernanda tested positive on arrival at the airport, while Kendy’s result was revealed at Khel Village. She is the sixth player found infected in the sports village. The National Olympic Committee (NOC) of Chile said in a statement, “Fernanda Aguirre was found to be COVID-19 positive in tests conducted upon arrival in Japan.”

Kendy announced in a message on her Instagram page that her Olympic campaign was over. Kendy wrote, ‘My heart is broken. Unfortunately this morning I was found to be COVID-19 positive which means that my Olympic journey ends here. Did whatever was possible to avoid these situations and took all precautions.

Fernanda had come to Tokyo from Uzbekistan with a COVID negative result but was found positive in both antigen and PCR tests conducted at the airport here, after which she has been kept in a predetermined quarantine facility.

So far eight players have been infected

Chile’s NOC said, “The player is showing no symptoms and is in good health but unfortunately she will not be able to take part in the competition because the Japanese health authorities have imposed a quarantine of at least 10 days.” Taekwondo competition will start from Saturday. Fernanda’s coach Jose Zapata has been kept in quarantine due to close contact despite the negative result. Fernanda was also involved in the eight COVID-19 infected cases related to the Games disclosed by the organizing committee on Wednesday. Before Fernanda and Kendy, five players have been found to be COVID-19 positive, out of which three were living in the village. However, none of them was found positive on arrival at the airport.

Brisbane gets hosting of 2032 Olympics, Australia will have ‘Game of Games’ for the third time