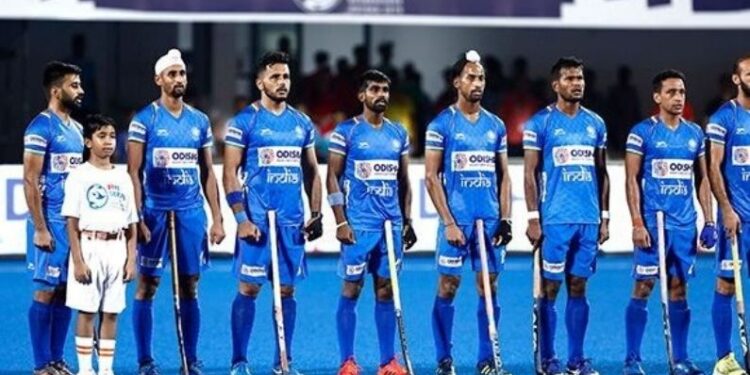 The rivalry between India and Pakistan in the game of hockey has been going on for years. Pakistan had ended India’s golden journey in the Olympics.

Indian hockey team has not won an Olympic medal since 1980

This time in the Tokyo Olympics, India’s women’s and hockey teams are considered as contenders to bring medals for the country. Among those who consider the Indian team a contender, Pakistan’s legendary player Hassan Sardar is also included. Sardar Hasan says that he is going to support the Indian team this time. At the same time, he has expressed hope that if the Indian men’s team plays aggressively while remaining mentally strong, then under the captaincy of Manpreet Singh, it can win a medal in the Tokyo Olympics.

Sardar said in an interview to Bhasha from Karachi, “Since the Pakistani hockey team is not in the Tokyo Olympics, I will support the Indian team.” In the last two to three years, India has played brilliant hockey and defeated the top teams in the world and I think it will be among the top contenders for the title in Tokyo.

India’s fitness level is the best

Sardar Hasan praised the fitness of the Indian team and said that in this matter they are at par with the top teams of the world. He said, ‘Former India head coach Roelant Oltmans was also associated with the Pakistani team for some time. He believed that India is no less than top teams like Netherlands, Australia, Belgium in terms of fitness. Its effect was also seen on his performance.

Team India among the best teams in the world

Sardar, who is known for his excellent performances in big tournaments and matches, advised the Indian team to play with mental strength and aggression, saying that this was also the secret of their success at the international level. He said, ‘Indian stick work and fitness are no less than anyone. Sometimes there is a lack of mental toughness but it has to be overcome at the Olympic level. This is even more important in the Corona period and the service of a sports psychologist can be taken if needed. Under the captaincy of Sardar, one of the best center forwards in the world, the Pakistani hockey team last won the yellow medal in the Los Angeles Olympics. He was also the architect of Pakistan’s title victory in the 1982 Mumbai World Cup. He scored the maximum 11 goals in the 1984 Olympics and the maximum 10 goals in the World Cup.

Changes made in hockey teams nine days before Tokyo Olympics, for the first time a team of 18 players will participate