Tokyo Olympics 2020: Orphaned at the age of 5, raised by daily wage laborer, ran barefoot, is now a medal contender for India 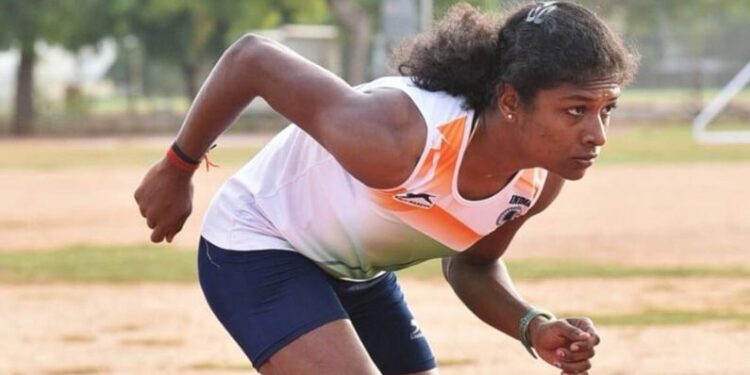 Revathi Veeramani will challenge in the mixed team in 4x400m at the Tokyo Olympics.

Revathi Veeramani, who was orphaned at the age of five, was raised by her daily wage laborer Nani. Revathi had to run barefoot in the beginning as she did not have money to buy shoes but now this athlete is going to make her dream of running in Olympics come true. Revathi, 23, from Sakimangalam village in Tamil Nadu’s Madurai district, is part of India’s 4x400m mixed relay team, which is going to participate in the Tokyo Olympic Games, starting July 23. Recalling the difficult situation she faced, Revathi told PTI, “I was told that my father had some stomach problem due to which he passed away. After six months my mother also passed away due to encephalitis. I was not even six years old when he died.

He said, ‘Me and my sister were brought up by my grandmother’s Arammal. She used to work on other people’s fields and brick kilns for very little money to raise us. Our relatives asked Nani to send us to work too but she refused and said that we should go to school and study. Revathi and her sister were able to go to school due to the spirit of their grandmother of 76 years. Due to her talent in running, Revathi got a job as a TTE in the Madurai section of the railways while her younger sister is now a police officer in Chennai. K Kannan, coach of the Sports Development Authority of Tamil Nadu, recognized Revathi’s talent in school. Revathi’s maternal grandmother was initially reluctant to give her permission to run but Kannan persuaded her and got Revathi a place at Lady Dock College and Hostel in Madurai.

Revathi said, ‘My grandmother worked hard and brought us up. My sister and I survived because of him but all my sporting activities are because of Kannan sir. I ran barefoot in college competitions and also during the 2016 National Junior Championships in Coimbatore. After this Kannan sir made sure that I got all the necessary kits, adequate food and other requirements. Revathi trained under Kannan’s guidance from 2016 to 2019 and was then selected in the national camp at the National Institute of Sports (NIS), Patiala.

Revathi, who challenged in the 100m and 200m under Kannan’s guidance, was asked by Galina Bukharina to compete in the 400m. Bukharina was the 400m coach in the national camp. He said, ‘Galina madam asked me to run in 400 meters. Kannan sir also agreed. I am happy that I competed in 400 meters and now I am going to my first Olympics. Kannan sir told me that one day I will represent the country in Olympics and things happened very fast. It’s like a dream come true but I didn’t expect it to come true so soon. I will do my best in the Olympics and I can give that assurance.

read this also: Exclusive Interview: Dutee Chand 2.0 will be seen in Tokyo Olympics, this express will run with an experienced, confident gallop