Tokyo Olympics 2020: Many employees infected in Brazil team hotel, players are currently not in danger 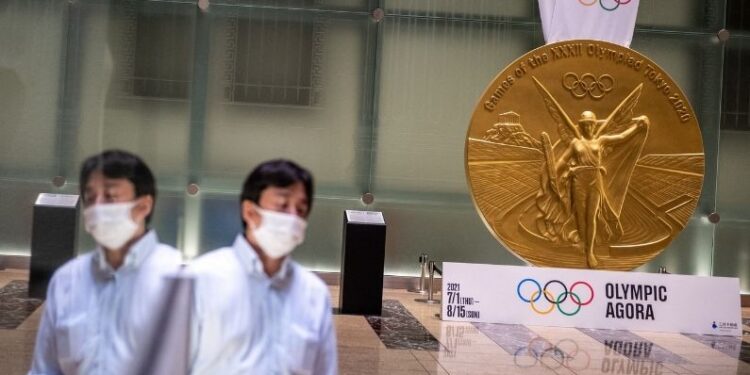 In view of the threat of the epidemic, the Japanese government recently declared a state of emergency in the capital Tokyo for the entire Olympics and beyond.

A state of emergency has been imposed for the Olympic Games in Tokyo. (Photo: AFP)

The threat of this virus has started looming over the Tokyo Olympic Games, which is going to start in a few days amid heavy internal protests due to the coronavirus pandemic. After some recent cases, the latest case has come from a hotel in Japan, where many athletes were staying. Some members of the staff of this hotel have been found infected. According to the report of the news agency AFP, 8 employees of a hotel in Hamamatsu city of Japan have come under the grip of infection. 30 members of the Brazilian Judo team are staying in this hotel itself. This team reached Japan only on Saturday 10 July. Hamamatsu city is about 250 km west of the capital Tokyo.

According to the report, the city’s health and sports officials, however, have clarified that none of the infected staff has come in contact with the Brazilian athletes and the players are currently in no danger. According to him, the entire virus screening was done before the team arrived at the hotel. City sports officer Yoshinobu Sawada said, “Only those employees are in contact with the players who have negative reports of Corona. We told the team that (only healthy employees) are in the bubble.”

In view of the threat of the epidemic, the Japanese government recently declared a state of emergency in the capital Tokyo for the entire Olympics and beyond. All athletes will be kept in a bubble before and during the game and will not be allowed to come into contact with the Japanese public. In view of this, the games are being organized completely in the absence of spectators. On Wednesday, July 14, 1149 cases of infection were reported in the capital, which is the highest number of cases in a day since January 2021.

In another case, a member of the staff of Russia’s Rugby-7 team was also found infected on arrival in Tokyo and has now been admitted to the hospital. The 26-member team includes 16 athletes and 10 people from the support staff. All of them are currently in Munkata city, where the infected member has been admitted to the hospital. According to officials, all the other members are in quarantine and if their test comes negative, they will be allowed to train from Friday.