Tokyo Olympics 2020: If spectators were banned, the bear reached the stadium to watch the match! Organizers’ increased headache 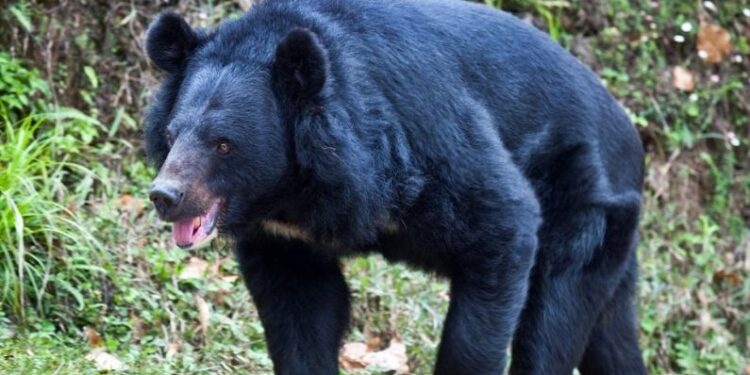 Softball matches have started two days before the opening ceremony of the Tokyo Olympics. On Wednesday, Japan also started its campaign in this Olympics.

Bear entered the stadium of the Olympic Games (symbolic photo)

In the Tokyo Olympics, even though fans were not allowed to enter the stadium due to Corona, an Asian bear definitely reached the stadium on Wednesday. A bear was spotted at the Fukushima Azuma Baseball Stadium just hours before a softball match between the teams of Japan and Australia on Wednesday. This news quickly became viral on social media.

Fans all over the world were taking this matter jokingly, but in this way the entry of the bear into the stadium has become a headache for the organizers. Fukushima is 150 kilometers north of the main Olympic venues in Tokyo. According to local media, the bear seen in the stadium was an Asian black bear.

Black bear entered the stadium before the match

Shortstop Amanda Chidester said, ‘I saw a text message in the morning asking if it was correct. There was a big black bear. It is being said that he had come to the field. He said, ‘A girl from our team also said that news is coming that a bear had entered there. Then I informed my family that their news was true. There was really a bear there. After that the bear was not seen there. American coach Ken Erickson said, ‘We were looking for some bear to be seen again.’

Organizers do not want something like this to happen again

However, the organizers are thinking that this may be the first and last incident of the bear sighting because if it happens again then the players can refuse to play the match due to security reasons. If spectators were allowed in Tokyo and the bear had entered the stadium, it would have been a matter of more trouble for the organizers. There is a ban on the entry of spectators due to the coronavirus. But Bear’s entry into the stadium proved to be auspicious for the host team. This Maha Kumbh of the Games started with the victory of Japan. In the very first match, host Japan started the game by defeating Australia, giving a spectacular game. Japan beat Australia 8-1 in the first match of women’s softball.

Tokyo Olympics 2020 Schedule: When, where and at what time Indian players will challenge, see full schedule