Tokyo Olympics 2020: First wanted to make a career in athletics, coach’s advice made archer, now got praise from PM Modi 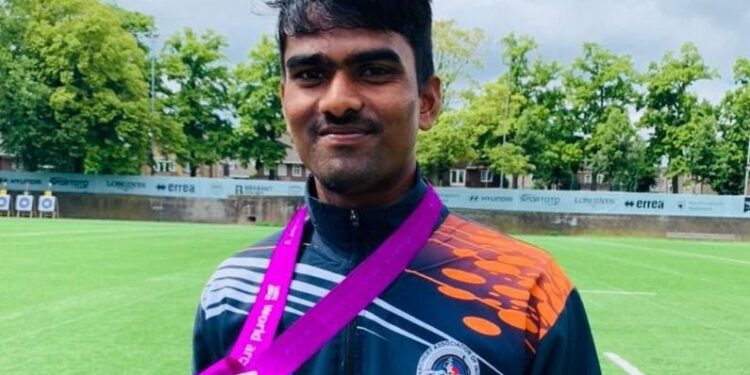 The Tokyo Olympic Games will be held from July 23 to August 8 in the capital of Japan, before PM Narendra Modi spoke to the players of India.

Prime Minister Narendra Modi on Tuesday spoke to the players participating in the Tokyo Olympics-2021 and learned about their stories as well as encouraged them. The name of Indian archer Praveen Jadhav was also included in the players Modi spoke to. Recurve archer Praveen is a part of the Indian archery team that joins Tokyo, but before that he wanted to pursue a career in athletics. The Prime Minister asked Praveen about this change.

Modi said that you used to do athletics earlier and now you are going to represent India in archery in the Olympics, how did this change happen? On this Praveen narrating his story said, “I used to do athletics earlier and I got selected in athletics in the government academy. My body was a bit weak at that time so the coach there told me that you can do well in the second game. So after that I was given archery and I continued this sport in Amravati.

Praveen is troubled by financial constraints

Meanwhile, the Prime Minister learned about Praveen’s journey. Praveen said, “The financial condition of my house is not good. I knew that after going home, I would also have to work, so it is better to work hard here, so I kept on playing this game. Where I thought that it would be a little more difficult here, I used to think that if I give up, then everything that I have done till now will be over, it is better to try harder.

Prove your problems don’t come in the way

After talking to Praveen, Modi also spoke to his parents and encouraged Praveen. The Prime Minister said, “You have proved that if you want to do something, troubles cannot do anything. It has also become clear from your success that what the talent of our country cannot do if there is a right selection at the grassroots level. Praveen wish you all the very best.”

Hockey caught after seeing Dilip Tirkey, made a strong comeback, got the destination after 12 years, then this youth wants to create history in Tokyo