Tokyo Olympics 2020: Deepika Kumari will complete what did not happen in London, Rio in Tokyo! pre-games 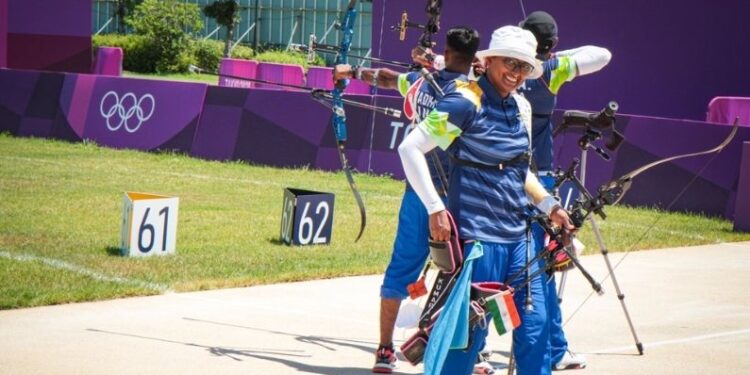 Deepika Kumari won three gold medals in the Archery World Cup played in Paris and went to Tokyo as the top archer.

India is expected to win a medal at the Tokyo Olympics from Deepika Kumari. (Pic Credit World Archery)

India’s female archer Deepika Kumari hopes that the whole country will win a medal in the Olympic Games-2020 starting in Tokyo from July 23 and this archer also believes in herself. . Deepika has said that she is capable of winning an Olympic medal. Deepika is participating in the Olympic Games for the third time. He participated in the London Olympics-2012, then the Rio Olympics-2016. Although she could not do well in both these Olympic Games, but this time she is confident of doing better on her own than the previous two Olympics.

Deepika told World Archery, “I want to prove to myself that I can win. It is important for me, for the archery team and for my country. India has never won a medal in archery in the Olympics and I want to win.

Change from London to Tokyo

Even before the London Olympics, Deepika, who became the world’s number one archer, has once again reached the top ranking. “A lot has changed since London till now. I have worked hard mentally which is yielding positive results. In the last two Olympics, I was far behind and now I have worked hard on that. I am constantly trying to perform better.

Deepika is India’s only female archer in Olympics. His individual competition will start from July 27. On the other hand, the mixed doubles event will be held on the first day on Friday.

Tokyo Olympics 2020: Bhavani Devi chose fencing under compulsion, then made history by cutting Olympic ticket, will now attack in Tokyo