Tokyo Olympics 2020: Became No. 1 archer while playing with bamboo bow, told his story to PM Modi 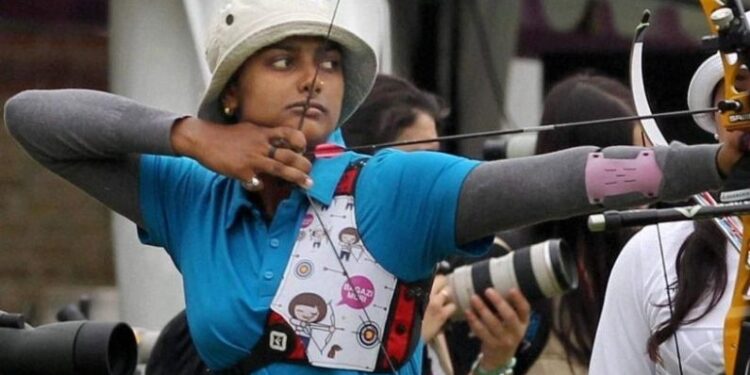 Tokyo Olympics 2020: Deepika Kumari won three gold medals in the Archery World Cup in Paris recently. After that she became number one. She has reached this position for the second time.

Deepika Kumari has secured the No. 1 rank after winning 3 gold medals in the World Cup.

Prime Minister Narendra Modi spoke to the Indian players going to the Tokyo Olympics 2020 on 13 July. Under this, in a conversation with female archer Deepika Kumari, PM Modi asked about her journey. Also talked about the expectations related to them. PM Narendra Modi told the world’s number one female archer Deepika Kumari that she has done charisma in Paris recently. After this the whole country is talking about him. You have become number one. Your journey has been very special. Regarding this, Deepika said, ‘My journey has been good from the beginning. I started playing with bamboo bows. Later gradually the modern bow started to be used. I got the most support during this time.

Deepika Kumari had won three gold medals in the Archery World Cup in Paris recently. After that she became number one. She has reached this point for the second time. In 2012, at the age of just 18, she became world number one for the first time. After his recent stellar performance, he is expected to win a medal in the Olympics. PM Modi also talked about this. In response, Deepika said that there are hopes for everyone and efforts will also be made in this direction. But most of the expectations are from himself.

Deepika Kumari, who is 27 years old, was born in a poor family of Jharkhand. Father Shiv Narayan Mahato used to work as an auto-rickshaw driver. While mother Geeta Mahto is a Group D employee in a medical college. Deepika was born in an auto as her mother could not reach the hospital on time.

Deepika started archery in the year 2007. She had told about this that when she went to Nani’s house, my sister told that she has Arjun Archery Academy there, where everything from kit to food is free. There was financial constraint in the family, so he liked this deal to learn archery. However, when he put this matter in front of his father, he refused to accept it. But later Deepika got enrolled in Archery Academy located in Kharsawan, about 200 km from Ranchi. But here too Deepika had to face a lot of problems.

Deepika has won 28 medals in the World Cup

There were no bathrooms in the academy. In such a situation, one had to go to the river to take bath. Couldn’t go out for washroom at night because wild elephants used to come there. But overcoming these challenges, Deepika kept on moving forward. Deepika, who has won 9 gold, 12 silver and 7 bronze in World Cup competitions, is now eyeing the Olympic medal. She is the only Indian female archer to participate in Tokyo Olympics.

read this also: Tokyo Olympics: No need to be burdened with expectations, you just give your best: PM Modi to Indian athletes